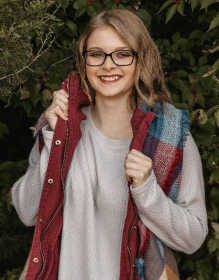 Wilson’s project, Pretty Port Pillows, focused on helping cancer patients undergoing chemotherapy be comfortable on the drive home after their treatments. Many have ports placed under their skin, and she noticed how uncomfortable riding in a car could be when a seatbelt would hit the sensitive skin around the port.

Wilson sewed and donated 200 port pillows to area hospitals so patients could put them between their port and the seatbelt. She also put sewing instruction cards by her baskets of port pillows so others could also continue making them. 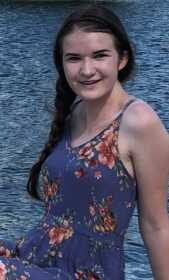 Timm’s project, Shoes for Change, focused on collecting and donating shoes to children living in an orphanage in Kenya. Timm realized that a lack of adequate footwear was something that keeps many of them -- who must walk an average of 7.5 miles to school -- from continuing their education.

Thanks to a shoe drive she put together at North Putnam, several churches and other locations throughout the community, Timm was able to collect and personally deliver enough pairs of shoes so that every child at the orphanage received one.

Both Timm and Wilson are 10-year Girl Scout members.

Per the organization, the Girl Scout Gold Award acknowledges each recipient’s dedication to not only empower and better herself, but also to make the world a better place for others.