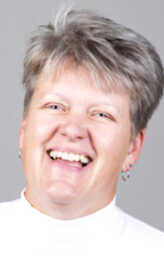 Confused about what is meant by “implicit racial bias”? Implicit biases are associations made by individuals in the unconscious state of mind. No one is immune from having unconscious thoughts and associations, but becoming aware of implicit racial bias can help us to then address the issue and work to overcome it. The Greencastle League of Women Voters invites you to their Continuing Community Conversation on Implicit Bias on Wednesday, Aug. 12 at 7 p.m.

The facilitator will be Pam Propsom, professor of psychology and neuroscience at DePauw University. Propsom has been a faculty member at DePauw for more than 30 years, with a specialty in social psychology.

She is currently one of the leaders for the university’s $1,000,000 Inclusive Excellence grant from the Howard Hughes Medical Institute. The grant’s focus is to make science and math education more equitable and welcoming for students from traditionally marginalized groups so that they can persist and succeed.

To help make the session more interactive, persons are encouraged to take an online Implicit Associations test prior to the meeting so that you can contribute your questions and insights to the discussion: https://implicit.harvard.edu/implicit/takeatest.html (choose the race IAT).