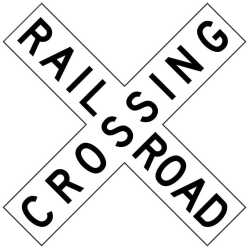 TERRE HAUTE -- A little bit of the old railroad days in Putnam County lives on in Terre Haute.

The Vigo County Historical Museum has announced the addition of a vintage crossing flasher to the railroad display in the Transportation exhibit on the first floor.

It was originally located on the Pennsylvania Railroad main line at Reelsville. Every east-west train between Terre Haute’s Union Station and Indianapolis passed through this crossing.

The cast-iron pole and sign date to around 1910 and the flashers were added in the early 1920s.

The exhibit addition is donation by Terre Haute native Larry Wilson. As a lifetime train enthusiast, he worked as an engineer on the railroad for several years.

Wilson installed the flashers at the museum so they are activated by a motion sensor when visitors approach.