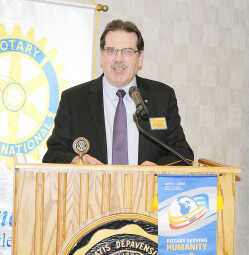 Did you drive to the store today? Did you flush the toilet? Take out the trash?

These day-to-day activities are an example of the importance of our municipal government. Our local governmental units impact us more frequently than our state and federal governmental bodies. They provide us with our water, fire and police departments, street repairs, road signs and other services that we take for granted. 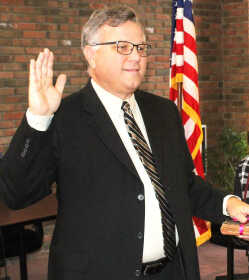 Hammer is also a local business owner since starting his own CPA firm in 2001. He is also a GHS graduate (Class of 1975) and graduated from Taylor University in May 1979 with a Bachelor’s of Science in accounting having become a CPA in July 1982.

Dory has served as mayor since 2016, starting his second term this year. Prior to becoming mayor, he served as the executive director of the Greencastle/Putnam County Development Center.

The mayor has a Bachelor of Environmental Design from Miami University and a Master of Urban and Regional Planning from the University of Illinois.

The Community Conversation Series is sponsored by the Greencastle League of Women Voters, the Putnam County Public Library and the Greater Greencastle Chamber of Commerce. The goal of this continuing program is to provide the community an opportunity to hear from and speak to their elected and appointed government officials.