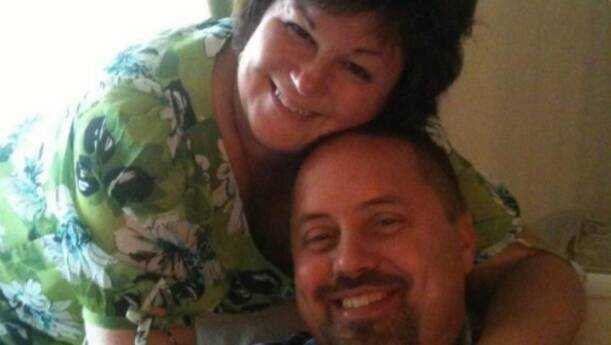 A fundraising campaign has been set in motion for the family of Andy and Courtney Dickey. Andy passed away in a tragic accident Monday night, with wife Courtney suffering a heart attack the following morning.
Courtesy gofundme.com

When tragedy befell the Dickey family of Greencastle on Monday, things quickly went from bad to worse.

On Monday evening, 53-year-old Andy Dickey passed away in an accident while working on his antique truck.

The following morning, wife Courtney was taken to the hospital after suffering what was described as “a massive heart attack.”

With the family facing mounting bills from funeral and medical expenses, Katie Paden organized a fundraising campaign on gofundme.com.

“As you can imagine, the funeral expenses along with Courtney’s medical expenses are piling up,” Paden wrote. “As Courtney’s stay in the hospital continues and her medical needs continue as well, the family could use as much support as possible.”

The community seems to be responding to the plea for help.

“We ask that you consider supporting them financially in order to ease the burden that has been set before them,” Paden wrote. “If you are unable, please know we are thankful for your prayers, thoughts and kind words.”

Anyone interested in contributing may do so at www.gofundme.com/f/4kb3t3.