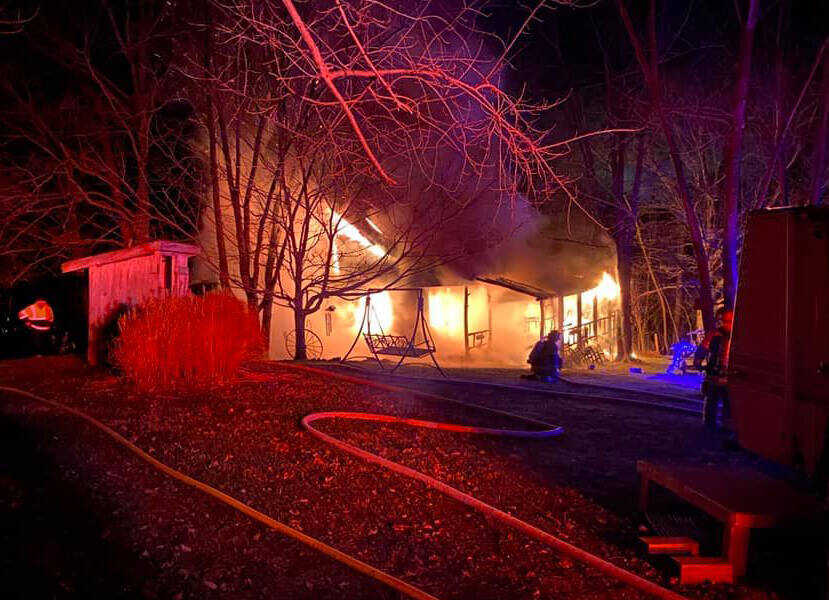 Firefighters from six local departments were dispatched to a house fire that resulted in a total loss early Wednesday morning.

At 2:41 a.m., the Greencastle Fire Department received a call for a reported chimney fire at 1819 E. Range Line Rd. Crews arrived at 2:48 to a working fire that had engulfed the home.

The fire was considered under control at 4:35 a.m.

Fire crews remained on the scene until approximately 6:35 a.m.

According to Putnam County GIS, the home was listed to Max and Helen Williams.

While the house was a total loss, no injuries have been reported. As of Thursday afternoon, no cause for the fire had been determined.