Easter egg hunt at park up in the air for now 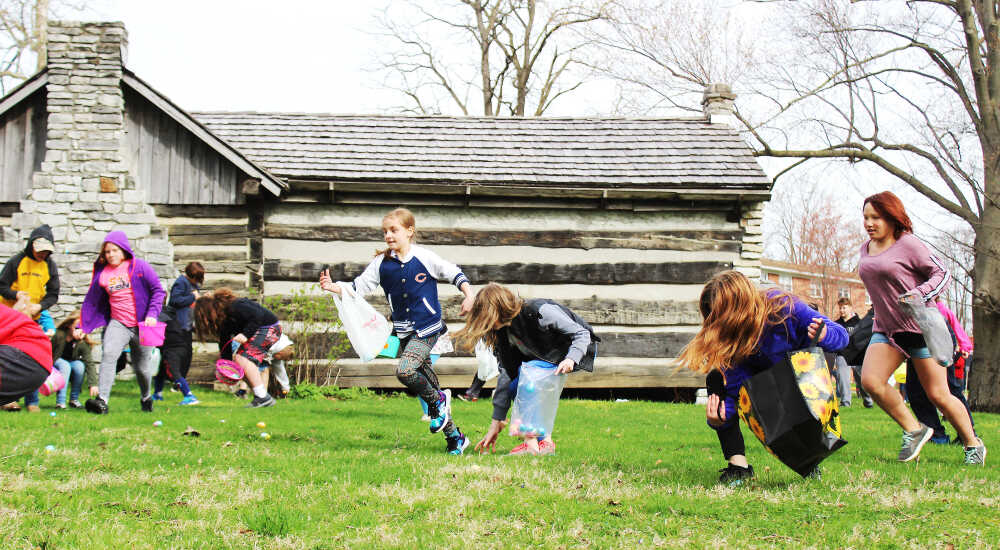 After a year without a swim season or a SPARK program or Fourth of July fireworks, Greencastle Park Director Rod Weinschenk wants to be as optimistic as possible about 2021.

That assumption in place, the Easter egg hunt is first on that hopeful park list. It is potentially scheduled for 10 a.m. Saturday, March 27.

“We’re trying to figure out how we can still offer the egg hunt and keep everybody safe,” Weinschenk said, alluding to all the logistics that come along with an event that normally draws 800-1,000 children and their families to Robe-Ann Park.

Masks or no masks? How to do social distancing, if at all?

“I’m not worried about the kids,” the park director said, “it’s the parents that come with them.”

Park Board member Tim Trigg said perhaps the park could limit each egg hunter to two spectators, such as the schools have been doing for basketball games.

Or another suggestion is to possibly limit the participants to ages 3-8 instead of 1-10 so they can be more spread out.

Running the age group hunts one at a time was proposed. But that would mean parents with children in more than one group would be there a long time, watching and waiting, stressing social distancing guidelines.

Whatever is done, Park Board President Cathy Merrell said, “We’re going to need to require masks as soon as they get out of the car.”

Weinschenk said one safety measure the Park Department can take to reduce contact with the plastic eggs is by ordering them already stuffed with candy or trinkets.

No decision was reached on the egg hunt or any of the ideas floated about. More discussion is expected at the Park Board’s next meeting, set for 7 p.m. Wednesday, March 3 at City Hall

However it turns out, the park director said he didn’t want to duplicate last year’s Halloween efforts, when a drive-through event at Big Walnut Sports Park had vehicles backed up all the way out onto State Road 240.

“I’ll cancel it,” Weinschenk said of the annual egg hunt, “before we do another drive-through.”