The 2020 pandemic has certainly had its effect on virtually everything, so why should City of Greencastle building permits be left out. 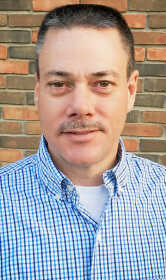 An average year for the city is 125 building permits, Thibodeau explained, so 2020 went well beyond that figure.

“It’s been a busy year,” Thibodeau said, noting he didn’t think it would be that way “with building material costs the way they are.”

Yet it seems that many quarantined or laid-off residents found time to initiate home projects or more during the COVID crisis.

With City Hall closed due to the virus, residents can still call to make an appointment to get a building permit. But the online effort has made it so much easier, the building commissioner said.

“It’s a good thing we went to online permits (just before the virus hit),” Thibodeau said, “or I don’t know what we would have done.”

Meanwhile, new single-family homes or duplex projects were also big in 2020 with 27 such permits issued.

To put that in perspective, there have been years in the not-too-distant past where new home starts in Greencastle were in the single digits.

Overall, last year, the building department took in $20,559.80 in total receipts on $5,879,900 in housing projects and $21,325,753 in total construction costs. That last number was buoyed by a couple of major construction projects at DePauw University.

In addressing the Board of Works recently, Thibodeau explained that fines for not securing a building permit can range from $100 to $2,500 upon multiple offenses.

Previously, when the fine was just $50 and permits were $100, it created a problem, he said.

Currently he issues an average of one fine per week.

“It’s kind of a cookbook approach to building,” he suggested. “‘You can do this, you don’t need a contractor. You can do things prescriptively.’”

He said the online permitting portal assures that “it’s no secret what we’re looking to inspect and what the standards are.”

If a homeowner or contractor wants to appeal a fine, the first place is to go before the Board of Works. If that fails, then it’s on to the state building commissioner.

“I think I’ve only been before the Board of Works four times,” Thibodeau said of defending local fines in appeals cases.

The challenge is, he said, that contractors may work in multiple counties and there are some differences in rules.

“We’ve been trying to maintain a high standard,” the building inspector said, “so we don’t move the bar.”