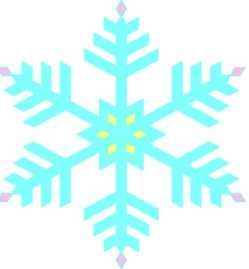 During the Putnam County Commissioners meeting Monday morning, county officials discussed a plan for responding to the winter storm that was already starting to affect the county.

While officials had to wait to react to the changing weather conditions, they discussed the possible phases of a plan.

The county moved to an advisory or “yellow” alert level as of noon on Monday, with a move to the “watch” level later in the day.

With the conditions changing constantly, the most up-to-date travel information should be available at www.bannergraphic.com.

As of late afternoon, the second wave of snow was falling heavily in West Central Indiana.

At 4:20 p.m., the Indiana State Police reported that westbound Interstate 70 was completely shut down at the 45-mile marker due to multiple accidents.

Things had gotten bad enough that by 4:30 p.m., Curtis Wrecker Service in Little Point, which provides most of the heavy wrecker service in the area, reported all of its trucks were out on calls.

The Putnam County Sheriff’s Office had reported shortly before 3:30 p.m. of a serious crash on westbound Interstate 70 near the 42-mile marker.

“All roads are deteriorating faster than crews can keep up,” the PCSO Facebook post said. “Stay off the roads if you can.”

Crews from state and county highway departments were out, but the snow continued to fall too fast to keep roads clear.

With conditions continuing to change, it is useful for residents to know the meaning of the various weather advisory levels:

Advisory (Yellow), the lowest level of local travel advisory, means that routine travel or activities may be restricted in areas because of a hazardous situation, and individuals should use caution or avoid those areas.

Watch (Orange) means that conditions are threatening to the safety of the public. During a “watch” local travel advisory, only essential travel, such as to and from work or in emergency situations, is recommended. Emergency action plans should be implemented by businesses, schools, government agencies and other organizations.

(A) refrain from all travel;

(B) comply with necessary emergency measures;

(D) obey and comply with the lawful directions of properly identified officers.

While forecasts indicated that conditions could get bad enough to necessitate a warning by Monday night or Tuesday morning, officials did not yet have enough information.

County Highway Supervisor Mike Ricketts did share his staffing plans for responding to the snowstorm through the overnight hours.

Perhaps most importantly, Ricketts noted that winds are primarily to come from the north, so he was advising his snowplow operators to plow to the south side of the road to help with drifting.

However, travelers should be especially vigilant if traveling on east-west roads.

For the latest updates on the county travel advisory level, visit www.bannergraphic.com.