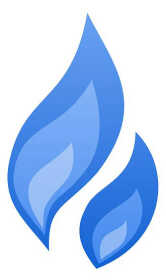 BAINBRIDGE — Recent heavy snowfall in Texas has not just had hundreds of thousands of people without power. It has also led to a natural gas shortage affecting the northern Putnam County area.

With North Putnam going virtual, the town requested that thermostats be set to 68 degrees Fahrenheit at most. Industrials and businesses were also advised to “stop production” and turn down thermostats, “to the extent possible.”

“Please do everything you can to reduce natural gas consumption immediately,” the notice states. “There is a chance if you take this action that you will minimize the financial impact and possibly eliminate the entire financial impact to your utility.”

The notice stipulates that it is applicable through Sunday, but could be extended.

This reflects uncertainties as the Lone Star State continues to feel the impact of the storm it experienced a week ago. The price of natural gas ballooned with supply lines being frozen. Texas’ power grid ­— which is internally managed by the Electric Reliability Council of Texas (ERCOT) — was unable to keep up with demand.

Superintendent Nicole Singer told the Banner Graphic that North Putnam gets its natural gas from Bainbridge and Roachdale, the two municipal areas which it serves.

Bainbridge and Roachdale in turn purchase natural gas from Utility Gas Management (UGM), a provider which works with the municipality-owned and investor-owned markets. Both communities took the lead from UGM on limiting gas usage.

According to emails he sent to Roachdale Clerk-Treasurer Debbie Sillery, UGM partner Ron Ragan stated that prices for some gas pipelines had exceeded $500 per dekatherm. He added that the storm had knocked out processing plants in Texas. In turn, natural gas was not getting to the market.

“We could be up against some force majeure situations where the pipelines simply can’t deliver the gas due to equipment failures and/or supply loss,” Ragan wrote, a “force majeure” being an extraordinary circumstance in which an obligation cannot be fulfilled.

The overuse of natural gas during a shortage can fall back on providers in the form of penalties. As an example, Ragan provided, if the gas cost is $250 per dekatherm, the penalty could be as high as $1,250 per dekatherm.

With the blackouts in Texas and the local cutting back on usage being related, Sillery emphasized to the Banner Graphic that the shortage is not just affecting northern Putnam County, but is a nationwide issue.

“All of us across the United States have to do our part,” she told the Banner Graphic. “If not, we’re not gonna have enough gas for heat.”

Though North Putnam and the Bainbridge and Roachdale communities are conserving their natural gas, the national shortage has effectively not impacted Putnam County’s other school closures.

Superintendent Greg Linton told the Banner Graphic that Cloverdale Schools goes through Constellation NewEnergy-Gas Division, a consortium which itself purchases natural gas on the national market for schools.

Superintendent Jeff Gibboney provided that Greencastle Schools gets its natural gas through the Direct Energy provider and has it delivered by Vectren.

All four school corporations have been out since Monday, when the winter storm swept through the area and dumped approximately 10 inches of snow. As such, each has conducted e-learning.

Writer's Note: This article was updated with Superintendent Bruce Bernhardt's comment about where South Putnam Schools receives its natural gas from.