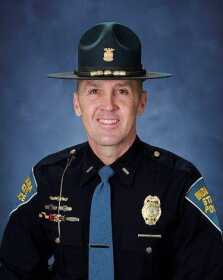 Lt. Jones will have completed 31-1/2 years of dedicated service to the Wabash Valley and citizens of the state of Indiana.

“Lt. Jones poured his heart and soul into being an Indiana State Trooper and District Commander, mentoring young troopers, providing leadership and helping others by making a safer environment for the Wabash Valley,” an ISP spokesman said Friday.

Jones has been the Putnamville District Commander for the last 12-plus years.

He graduated from the Indiana State Police 47th Recruit Academy in 1989 and was originally assigned to the Terre Haute Post, where he worked road patrols in Clay, Parke and Vermillion counties. Jones was promoted to sergeant in 2001 and transferred to the Putnamville Post, where he served as a squad sergeant.

He was then promoted to First Sergeant in 2004 and returned to the Terre Haute Post, serving as the assistant district commander until his promotion to Lieutenant and Commander of the Putnamville Post in 2008.

Jones has served on the department’s USRT (SCUBA), TIP (Tactical Intervention Platoon) and CISM (Critical Incident Stress Management) teams and is a recipient of the Combat Action Award, and 1,200,000-mile accident free safe driving award. He is also a graduate of the 2010 FBI National Academy leadership school for command personnel at Quantico, Va.

Jones grew up in Parke County, graduated from Van Buren High School in 1982 and earned an associate degree in criminology from Vincennes University in 2000. From 1984 through 1987, Jones served on active duty in the U.S. Marine Corps with the Second Marine Division at Camp Lejeune, N.C., and the First Marine Air Wing in Okinawa, Japan and Subic Bay Naval Base, Philippines. He was in the military police and earned the rank of sergeant.

After his military service, he worked as a correctional officer at the Putnamville Correctional Facility and the United States Penitentiary in Terre Haute, before being accepted to the Indiana State Police Recruit Academy.

“Serving as an Indiana State Trooper has been an honor and a privilege,” Jones said. “I have served with some great men and women and doing so has been a true blessing. Law enforcement is an honorable profession and those I have served with, regardless of their agency, have been dedicated professionals who sacrifice and risk everything to serve and protect.”

Jones recalled that he never had any intention of becoming a police officer while growing up, but when he enlisted in the Marine Corps, he set his sights on becoming a state trooper and never wanted to be anything else. He credits faith, a strong and strict family upbringing, family support and the self-discipline and determination he gained during his service in the Marine Corps for his success.

In retirement, Jones plans to spend more time with his wife and family and he has over 37 years’ worth of “things to do” lists to take care of. He also intends to travel, hunt, fish and get back to his farm roots. Jones will also be looking for new challenges and opportunities, striving to always serve the public in his community.

Jones’ wife, Deanna, is also a career state police officer. He has four children, five grandchildren, and they reside in Parke County.