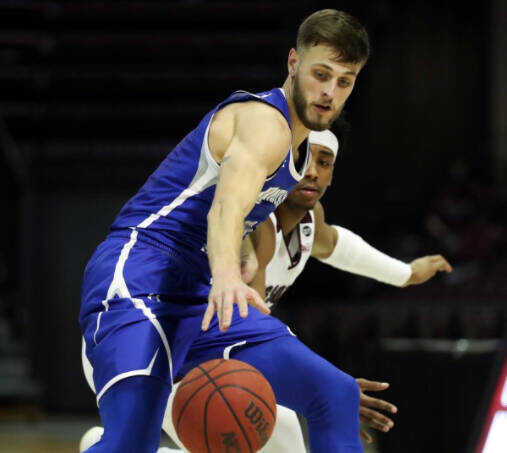 TERRE HAUTE - Cloverdale graduate Cooper Neese entered his name in the NCAA transfer portal today, joining six other teammates to announce a potential departure from the Indiana State program since Greg Lansing's contract was not extended earlier this week.

Neese made his announcement in a social media post on Thursday:

"First I want to thank my family, my coaches and my girlfriend for the unwavering support through this whole crazy process. I have gone forward and put my name in the transfer portal. Indiana State means everything to me and always will no matter any decision made in the future. This place is a home for me and I always want to see home succeed. God bless."

Neese has one year of eligibility remaining, and would be joining his third college if he chooses to transfer. He briefly attended Butler before transferring to Indiana State.

After making the Missouri Valley Conference all-freshman team in his first season, Neese averaged 7.3 and 9.8 points over the past two seasons.

An athlete putting his/her name in the transfer portal is not withdrawing from school at that point, but is just making other schools aware of their intent to possibly transfer.

Should all seven underclassmen depart, that would leave the Sycamores with just sophomore-to-be guard Julian Larry, senior-to-be center Ndongo Ndaw and redshirt freshman-to-be Nick Hittle on the roster. The Sycamores have signed three players for next season, including guard Lincoln Hale of Linton-Stockton.

Several published reports have indicated that Josh Schertz of Division II Lincoln Memorial will become the program's next coach.