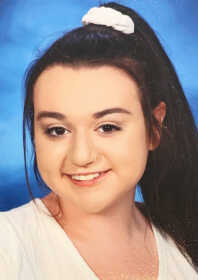 A man has been arrested and charged in the June 19, 2020 shooting of a Greencastle woman.

Russell Harvey II, 23, Gary, formerly of Greencastle, is facing two felony charges and one misdemeanor related to the shooting death of 18-year-old Haley Whitis of Greencastle.

An arrest warrant was served at Harvey’s Gary residence and he was taken into custody.

Police were dispatched to a residence on Kentwood Drive in Greencastle the night of the shooting.

They arrived to find Whitis already deceased with a gunshot wound to the chest. Only she and Harvey had been in the room at the time of the shooting.

According to court records, Harvey told investigators that Whitis had been playing with his rifle and at some point had loaded it and shot herself.

However, an autopsy and subsequent forensic testing revealed that the wound and the damage to Whitis’s clothing were consistent with a shot from a greater distance.

No court dates had yet been set as of late Thursday morning.