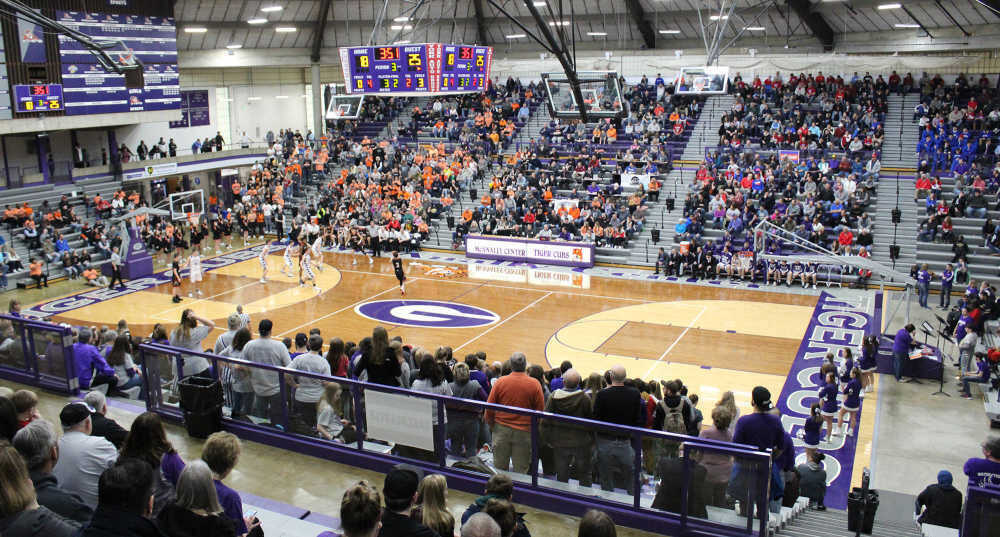 The Indiana Destination Development Corporation is looking for the best gym in Indiana, and Greencastle High School’s McAnally Center is one of 68 in the running.

Working with the Indiana Basketball hall of Fame, IDDC curated the list of gyms for the voting.

Now it’s the public’s turn to choose its favorite.

Those interested in voting for McAnally may do so by visiting https://tinyurl.com/4rj4ejrb.

• Each person can vote once a day via their e-mail address.

• Winners will be announced before the NCAA Championship.

• The Top 10 will be considered the winners, with first place getting all the bragging rights. 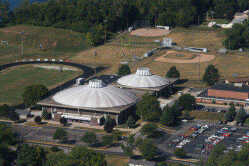 Built at a cost of $2,130,492, McAnally Center has served the Tiger Cubs for more than 50 years. The building is notable for its distinctive pair of domes, the larger housing the 5,280-seat gymnasium, and the smaller housing the school auditorium.

For years during single-class basketball, the facility hosted area teams for sectional competition. Since the move to class basketball, it has hosted several Class 3A sectionals, as well as a Class 3A regional for most of the last decade.

The gym is named for Indiana Basketball Hall of Famer Jess McAnally, who led the Tiger Cubs to the state finals for three straight years from 1931-33.