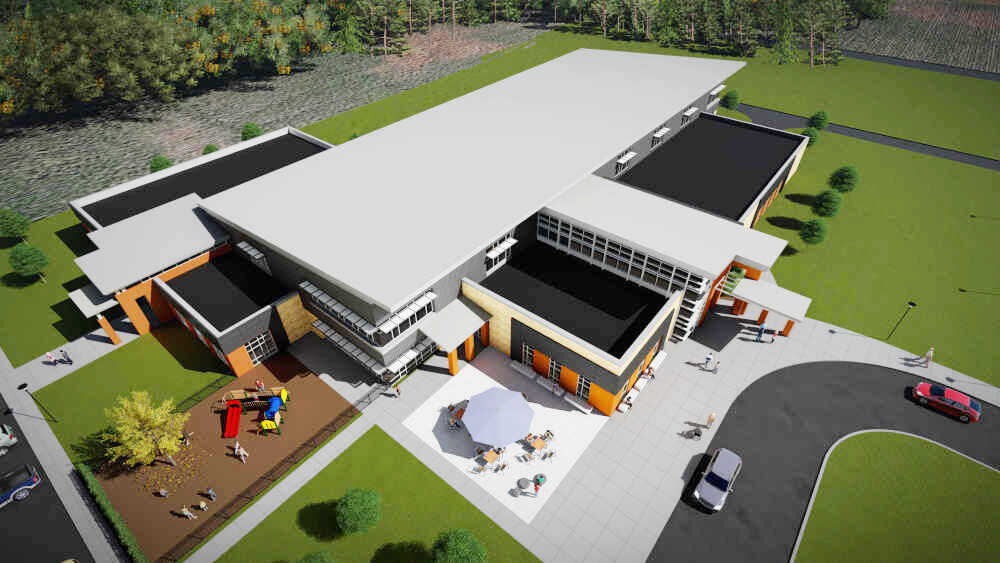 While a proposed YMCA/community center project is closer to reality than it has been for more than 30 years, that doesn’t mean some city officials aren’t at least skeptical.

At the City Council’s recent March meeting, Mayor Bill Dory reported that “it looks like we’ve got all the legal issues resolved,” alluding to an agreement with the Wabash Valley YMCA that City Attorney Laurie Hardwick had been working on.

“We’ll be working up a calendar,” Dory said, noting that he hopes to have “public meetings to reintroduce the project and let people see the plans, things like that.”

“So there’s good news there,” the mayor added.

That declaration didn’t stop Councilman Jacob Widner, who has only been on the Council the past year after being named to replace Tyler Wade, from questioning how city officials arrived at the partnership with the Wabash Valley YMCA.

“How did we come to the determination that the YMCA was our best partner?” Widner asked, wondering also about the “financial feasibility” of the partnership moving forward.

Councilman Adam Cohen, a member of one of the early committees that started serious investigation into the community center idea, responded by saying other possible partners had been explored, including the Boys and Girls Club at Terre Haute, which focus more on children than families. Local organizers wanted to stress the family aspect, figuring it was the best route to reality.

“We fall under a territory,” Cohen related, “not that they (the Wabash Valley YMCA) weren’t the logical partner to begin with.”

The YMCA, he reasoned, also presents “a unique track for getting grants.”

“We did explore several other options,” Cohen continued, “but they seemed the most equipped at that level of expertise.”

Noting that the YMCA did its own analysis of the Greencastle community in checking out the fit, Cohen said he and engineer Brian Pohlar “probably visited more abandoned and repurposed buildings than I ever want to go through again in my life. There was nothing (among available buildings) that we could repurpose.”

“Are there risks?” Cohen said in response to Widner. “There are always going to be risks.”

Councilman Murray, directing his remark toward Widner, said, “I don’t see a better partner out there, do you have one?”

“I don’t have one,” Widner conceded, noting that he has been “late to this game” and not a part of all the initial debate and discussion into the project.

Regardless, he said, “I think we need to have another public discussion on where we’re at and where we’re going and get us up to speed.”

The task force on the community center dates back to the Nancy Michael administration, Cohen said, meaning probably 16 years or more in the making.

“Before we have another meeting,” Cohen suggested, “we need to have a shovel-in-the-ground date.”

The city already owns the land for the project, more than 70 acres purchased from the Ballard family south of State Road 240, west of Ballard Lane and east of the Walmart Superstore. In addition to the proposed community center, the site has also been suggested as a possible new, permanent home for the Area 30 Career Center, which shares a portion of the old IBM building with Ascena Retail.

Councilman Murray, noting that the proposed project has been “a long and frustrating process,” added that he shares “the skepticism that we can afford this” without a lot of financial numbers to go on presently.

With Putnam County Hospital apparently poised to join the partnership, that “makes it much more feasible,” Murray said.

The presence of a number of industries on the East Side “is one more reason for its location,” Murray said, noting that the hospital could provide occupational therapy for the factory workers.

“I’m more excited than I have been for a very long time that we can do this,” Murray added. “I want to see the documents. I want to have public input and I want to see what’s going to make it work financially.”

So there are still a number of questions, Murray reasoned, adding that he has been “as encouraged as I have been for a long, long time.”

Cohen who admitted that a number of citizens are disappointed because the YMCA/community center proposal does not include a pool, said, “We ran the numbers upside down. The truth is, we just couldn’t afford it.

“Everybody wanted a pool,” he said. “But the pool they wanted wasn’t a six-lane swimming pool but one with a lazy river. Frankly we couldn’t afford it.”

Cohen, in the midst of his fourth term on the City Council, said his “biggest fear” is the YMCA/community center becoming another city parking garage.

The proposed construction costs on that project came in more than $1 million above the engineer’s estimate. A reconfiguring and rebidding didn’t fare much better. So the idea for a parking garage at Walnut and Indiana streets died and became a surface lot.

“I was just flabbergasted sitting in that room,” Cohen said as the parking garage bids were opened.

“My biggest fear,” he added, “is we get back to the parking garage and promise something that we can’t build.”