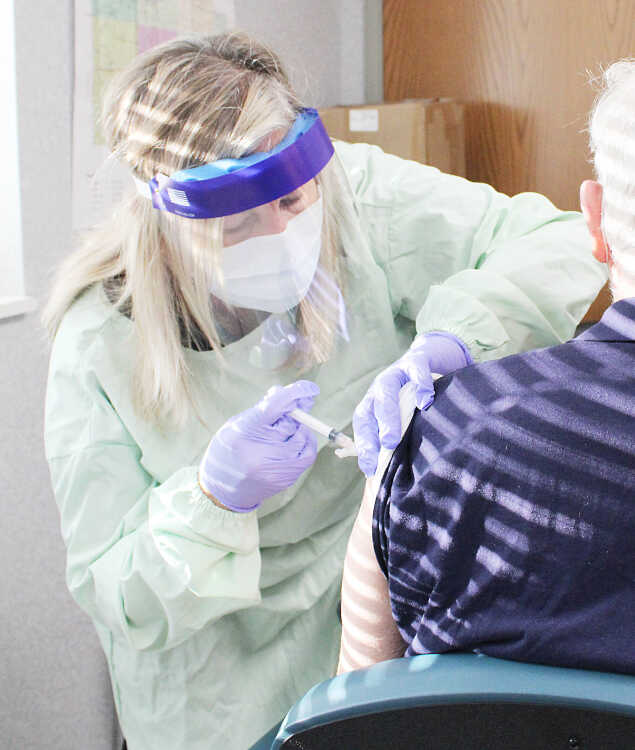 Putnam County Health Department officials have been asking for an additional nurse for several years.

It took a global pandemic to make everyone else keenly aware.

On Tuesday, the Putnam County Council approved a second nurse position for the department.

Woodall began by noting that Young and retired Health Officer Dr. Robert Heavin had both spoken of this problem in the past.

“Doc Heavin and Joni have been talking about a nurse for the last few years,” Woodall noted, “and the commissioners believe the time is now.”

As has been noted previously, with the need to deal with contact tracing and testing for COVID-19, in addition to her regular duties, current nurse Sara Burnett did not take any vacation in 2020.

That was before the department began administering the vaccine in January of this year.

“I truly feel like we are lacking in that department,” Woodall said. “Not only does the nurse have to do the COVID clinic, don’t forget about immunizations.”

Fewer and fewer doctors’ offices are administering the vaccinations children need for school, placing that burden on the health department.

Additionally, anytime the Indiana Stated Department of Health decentralizes a duty, it falls to the local health departments.

“I think a lot of times all the roles our health nurse takes on are overlooked,” Amos noted.

These include tuberculosis treatment, contact tracing for communicable diseases, educating school nurses and going into schools to educate children.

“I’d hate to see us fall into a situation where she (Burnett) had to take off and we didn’t have a backup,” Amos said.

“All of that would come to a halt,” Young added.

It was also noted that having DePauw University in the county, with students from across the nation and around the globe, adds to the responsibilities for the health department — particularly the public health nurse.

Woodall also presented a table noting the number of nurses and their salaries in neighboring counties, as well as counties of similar size throughout the state.

Putnam County’s pay scale for a full-time nurse lagged behind all but two counties on the list, while only Owen County, with 17,000 fewer residents, had as few nurses.

The council really did not seem to need much convincing, but simply had to consider how to pay for the additional nurse.

Woodall proposed that, for now, the new position could be funding from the $30,000 or so in leftover funds from the CARES Act.

The issue will be revisited for funding the remainder of the salary and it will be built into the 2022 budget and beyond.

In approving the new hire, the council also granted a salary increase for Nurse 1, currently Burnett’s position, to make it more competitive.

All motions relating to the process were approved unanimously.

“I cannot tell you how much I appreciate it,” Young said. “I know it’s hard financially for the county right now.”

“The appreciation goes the other way,” Council President Dave Fuhrman said. “I know the health department is overwhelmed right now.”