IAC set to lay off more than 80 percent of workforce 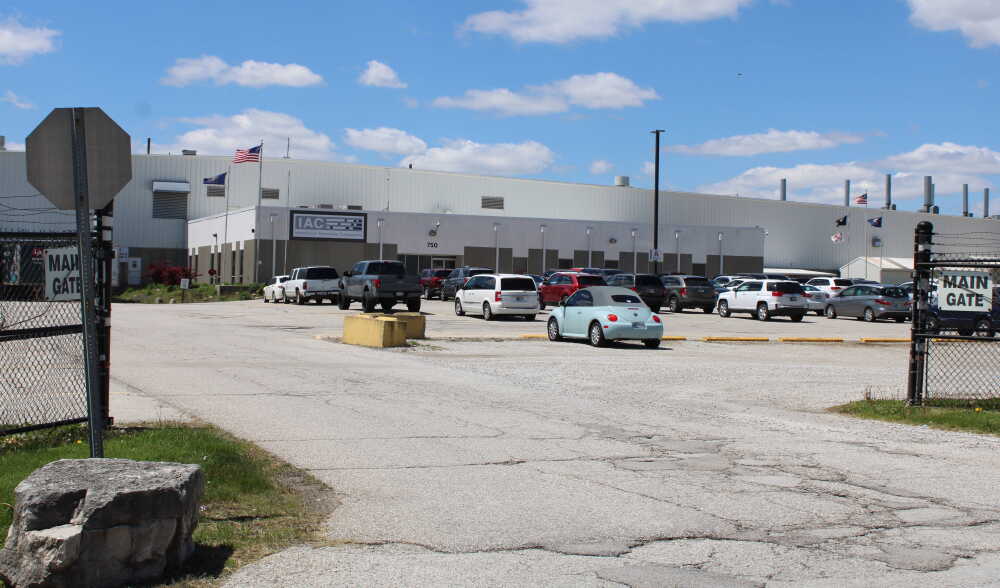 The IAC facility at 750 S. Fillmore Rd. has announced layoffs that are said to include some 335 of the company's current 400 workers.
Banner Graphic/JARED JERNAGAN

A series of layoffs over a five-month period will leave a Greencastle plant with only a skeleton crew by year’s end.

Sources within both the company and union have confirmed that the International Automotive Components (IAC) facility on Fillmore Road will be laying off employees later this year.

United Auto Workers (UAW) Local No. 2382 President Jason Waller was the first to confirm the layoffs on the record for the Banner Graphic, saying the news was delivered to the plant’s 400 employees during a Monday meeting.

Waller said the timetable will include a WARN (Worker Adjustment and Retraining Notification) notice in June, followed by a “significant layoff” in August, another round in October or November and a final round in December that is set to leave the plant with just 65 employees.

The company gave few details in its statement Wednesday afternoon, but did confirm layoffs were coming.

“IAC Group confirms that employees at its Greencastle, Ind., manufacturing facility have been informed that the facility will undergo layoffs in August 2021,” the company-issued statement read. “The layoffs come following a thorough analysis of IAC’s manufacturing capacity and alignment with customer production plans.”

The facility first came to Greencastle in the late 1980s as Shenandoah Industries, one of the first facilities to come to the city following the closure of the IBM plant that many believed would devastate the community.

Shenandoah was a division of Automotive Industries out of Strasburg, Va., and the plant later took on the name of the parent company.

Automotive was then bought out by Lear Corp., and the plant remained Lear until it plastic interiors portion of company was acquired by IAC.

In 1995, Shenandoah employed some 700 people, according to Norm Crampton’s book “The 100 Best Small Towns in America.”

As IAC, the facility currently employs approximately 400 people — about 360 hourly associates and 40 or so salaried.

The plant also supplies a few parts for the Toyota Sequoia, as well as doing service for Ford as well as the last generation of Chevrolet Corvette.

In recent weeks, however, Waller said there had been signs that something was changing. He said three or so weeks ago, molds and other tools began being shipped to other facilities.

“We questioned why and we got several different stories,” Waller said. He said the reasons given included testing, trials and engineering changes.

“We thought it was strange,” Waller continued. “It was initially supposed to be six and then we started hearing it was more. By the time it was all over, we had sent out 15 tools to different facilities.”

However, employees were told the tools would come back, which they did. Then they were instructed to start banking parts, which they also found odd.

“It’s becoming obvious at this time that they’re planning to do something significant because when they sent out the molds to the other injection molding places, they sent out material, components, the heads off the robots to pick the parts off the presses,” Waller said. “They sent out a lot of stuff that they normally wouldn’t have sent out.”

This only sent the rumor mill into overdrive. Waller said salaried employees in Greencastle told hourly employees that they did not know what was happening, claims he tends to believe. Then rumors even started floating in from other facilities.

“They hadn’t really told much to management,” Waller said. “Everybody was kind of in the dark. Finally, late last week, whenever we had confronted them several times, we were told that corporate would be coming in Monday to tell us what was going on.”

That began with separate, simultaneous meetings with local management and union officials, followed by a meeting with everyone on the plant floor.

Waller and other local employees believe the news was being put off until May 13, when a meeting had originally been scheduled.

“The rumors got to be so persistent that they felt like they had to acknowledge it,” Waller said. “It just became too hard to deny it.”

“It’s a shame that they were so secretive about it,” he added, “to the point that everybody knew except the management team here.”

Waller also said employees were told there were no plans to bring new business to Greencastle in the future. He said Greencastle’s work is going to a plant in Michigan.

“They told us they can make more money there and be more profitable,” Waller said.

It is unclear which Michigan facility the processes are moving to, as IAC has six plants in Michigan. All told, more than 60 plants in 17 countries, including 16 facilities across nine U.S. states.

Waller, who has been a union officer for nine years, described the last several as “chaos,” marked by management changes, “constantly going in different directions” and difficult company-union relations.

Now the question turns to what comes next for the people, a question both the union and company addressed.

“The local union has reached out to Workforce Development,” Waller said. “We qualified for Trade Adjustment Assistance under the last layoff when they sent some of our other product to Mexico. That should still be in effect for the time being.”

According to the company statement: “IAC Group management will work closely with the local union and affected employees to support them and their families through this process.”

Waller said the union is already working with Mike Smith of Western Indiana Workforce Development and has also reached out to Mayor Bill Dory.

In the meantime, Waller just regrets the way it’s ending for the employees in Greencastle.

“My people here have worked their butt off to make this place succeed,” Waller said. “It’s just a shame that it came to that.”