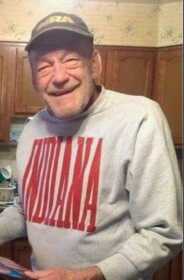 He was born on April 11, 1939 in Greencastle to parents Roy and Dorothy White.

Before and after graduating high school, Dave worked as a milk man for Handy’s Dairy. He then left that job and joined the IBM team, which took him traveling all over the world. He really enjoyed going to different places. He retired in Colorado after a long career at IBM, then came back home to settle down on his farm in Greencastle.

He loved spending time with his family and friends and teaching his children and grandchildren all about life on the farm. Dave enjoyed drinking beer and sitting by his pond fishing, then telling everyone stories about the big fish he caught, which always seemed to get bigger and bigger every time the story was told.

At his request, he has been cremated and no service will be held.