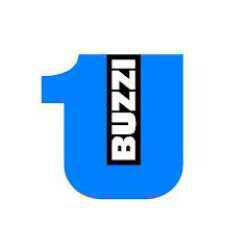 Buzzi Unicem is now facing hundreds of thousands of dollars in fines after being cited for violations of the Clean Air Act in the past decade.

A complaint recently filed with the United States District Court for the Southern District of Indiana puts forward that unsafe levels of air pollution have been emitted from the plant since 2010. It specifically cites that emissions of particulate matter have exceeded both state and federal levels.

The complaint also provides that Buzzi violated emissions requirements for air pollution due to burning of hazardous waste. It notes that this burning is used to heat the facility’s cement kilns.

Buzzi reached a settlement last Thursday with the U.S. Department of Justice (DOJ), the Environmental Protection Agency (EPA) and the state in which the concrete operation will incur civil penalties of $729,000, as well as be required to make upgrades at the facility.

“This settlement is a reminder that industrial facilities must comply with the law and prevent illegal emissions of harmful pollutants from plant operations,” said Jean Williams, acting assistant attorney for the DOJ’s Environment and Natural Resources Division. “The settlement requires (the plant) to improve its processes and pollution controls to protect air quality and the public health in surrounding communities.”

The EPA estimated that the new measures will reduce particulate emissions at the plant by 2.44 tons each year. Carbon monoxide emissions are also estimated to be cut by about 46 tons per year, while other hazardous pollutants would be reduced by around two tons per year.

Buzzi will spend an estimated $1.4 million to bring the plant into compliance.

The settlement is now in a period for public comment prior to a final court approval.

“Most of the things the agencies were asking us to do have already been done prior to this announcement, with many focused on record-keeping,” Plant Manager Tim Menke said in statement by the facility, “but we are glad to have the investigation behind us.”

The statement provides that the plant was revamped in the late 1990s and has been continually improved since that time. The facility employs more than 180 people and has been in operation since the 1920s.

“It is not unusual for an investigation of this type to go on for years, because cement manufacturing is a complicated process and working through the complexities of the regulations is often a slow process,” said Daniel Nugent, senior vice president of technical services and government affairs for the plant. “We’re grateful the agencies took the time needed to make sure we got things right.”

More familiarly known as Lone Star, the plant is one of seven in the nation operating under Buzzi Unicem USA. Between them, they produce about nine million metric tons of cement a year.