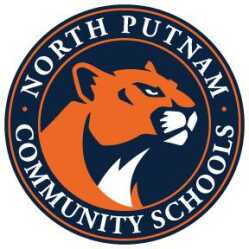 ROACHDALE — The same as school leaders at Cloverdale and South Putnam recently, the North Putnam School Board now has a budget projection for next year.

The board approved to advertise the school corporation’s proposed 2022 budget during its regular meeting last Thursday evening.

The estimate for the Education Fund is $10,615,588 with no impact on levies or expected funds. What also has to be taken into account is what North Putnam’s average daily membership (ADM) count will be next month.

A public hearing on the budget will be held at 7 p.m. on Thursday, Sept. 23 at North Putnam High School. It is then set to be adopted on Thursday, Oct. 7 at the same time and place.

• The board heard a public comment from Franklin Township resident Lora Scott to consider requiring masks for all students and staff in school buildings. She provided the board with a packet about the delta COVID variant, but did not go into detail due to a time limit. Besides on buses, masks are optional at North Putnam.

• The board approved an amended teacher appreciation grant (TAG) policy. Corporation Attorney Daniel Taylor said language for “licensed” teachers had been changed to “eligible,” and that the designation had been made more general to apply each year.

• The board approved a price increase for adult staff/guest lunch price from $3.80 to $4.60, with breakfast increasing from $2.15 to $2.60. Director of Operations Terry Tippin said the changes were due to an increase in food prices. He added that student lunches will still be free through the school year and be reimbursed.

• The board renewed an agreement with Hendricks Regional Health to provide training services for athletes. North Putnam High School Principal Jason Chew explained that the hospital was an exclusive sponsor.

• The board approved to re-designate Ann Wood as a salaried transportation assistant. Superintendent Nicole Allee provided that besides driving a school bus, she serves as an assistant to Tippin and handles other functions including payroll. Wood’s new designation will cover both her secretarial and bus duties.

• The board approved to continue with Astra for the corporation’s property casualty and liability insurance, but to switch to Zenith for workers’ compensation. John Parmley of HBG Insurance recommended the switch because it was less expensive than Astra’s coverage and there would be no change in payroll.

Eric Oliver was the only board member absent. Joining Allee, Tippin, Taylor, Pearson and the rest of the board was Administrative Assistant April Lambermont.

The next regular meeting of the North Putnam School Board is scheduled for Thursday, Sept. 16 at 7 p.m. in the large group instruction room at North Putnam High School.