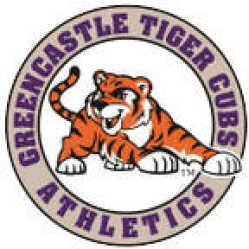 Greencastle Middle School officially added boys’ and girls’ soccer for the 2021-22 school year, and both teams opened their seasons with a win.

The boys team ran out 8-0 victors, four in each half. They moved the ball briskly against an aggressive Sullivan team that had the best of the first five minutes. Then midfielder Milyn Tucker opened the scoring, assisted by Aidan Vaglia. Tucker went on to tally four goals with one assist to lead the Tiger Cubs. He returned the favor through Micah Foss for Vaglia’s debut goal; Foss ended the night with two assists and a goal of his own.

Cyrus Gurnon, with bright movement and insightful passing, recorded a goal and an assist, while Anthony Peters tucked in the other goal for Greencastle. Logan Allen opened his account with an assist as well, and Cooper Grable created several good openings and was hungry for goal. Travis Overshiner dazzled a sizeable crowd with his moves, Jayce Spidel owned the wing and narrowly missed with a rifled shot in the second half.

Fischer Barcus calmly marshaled the defense with Simon Cullison and Allen to preserve the shutout, overseen by the two keepers, Alexander Bruggemann and Beckett Selvey. Jackson Rodgers was the heart of central midfield, controlling the tempo and initiating many attacks.

The lady Tiger Cubs made history by recording their first win against the Sullivan Golden Arrows. Both teams had some great runs in the first five or six minutes. Around the 26-minute mark, Claire Langdoc opened the scoring with the first goal from the left wing position.

Taylor Ball and Jacey Call displayed great speed and footwork on the right wing to setup teammates. Langdoc would get two more goals to pad her stats. Elise Dicharo, Emily Huntsinger, and Mikinley Cantonwine would strike a goal each to put Greencastle on top 6-0 to end the half.

The Tiger Cubs speed would be too much for Sullivan to contain as Simmerman earned her first goal to start the second half. Eva Batin and Huntsinger broke down the defense of the Golden Arrows to record a goal each, ending the game victoriously 9-0.

Schedules for both teams can be found on the Greencastle Athletics webpage.