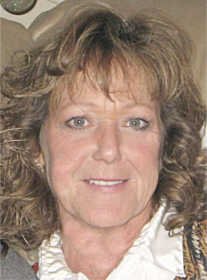 Born June 28, 1961 in Greencastle, she was the daughter of Charles Randolph Sr. and Virginia (Carrington) Morrison.

She was a 1979 graduate of Greencastle High School and received her dental assistant degree in Florida.

Traci had retired from the Indiana State Farm Correctional Facility where she had worked as a dental assistant.

She was preceded in death by her parents.

Funeral services will be held at 1 p.m. Monday, Nov. 29 at Bittles and Hurt Funeral Home, Greencastle. Interment will follow at Forest Hill Cemetery.

The family will receive friends from 2-6 p.m. on Sunday, Nov. 28 at the funeral home.

Memorial contributions may be made in memory of Traci to the American Cancer Society.