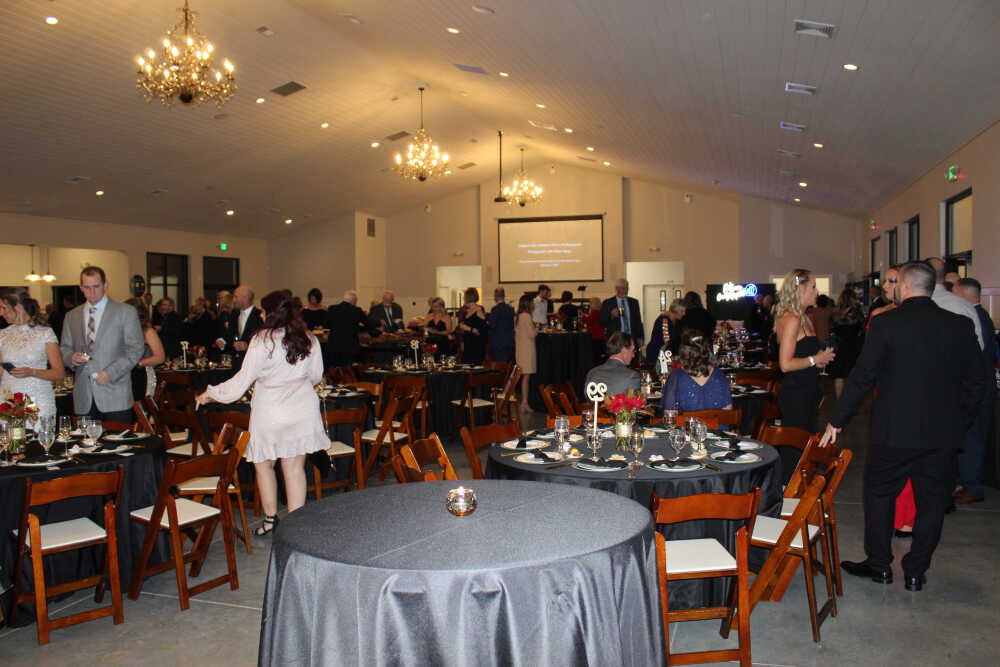 As it has since the inaugural event in 2017, the gala benefited the Putnam County Hospital Cancer Center and its staff and patients, as well as provided an opportunity to thank the community for this support.

Getting the program under way, PCH Chief Executive Officer Dennis Weatherford publicly announced that the hospital was able to purchase its new medical transport van after raising the proceeds from last year’s event.

The van, whose acquisition was facilitated through York Automotive, was first used to transport cancer patient Barbara Hill last June.

“Because of your generosity and support, we were able to purchase that van not just for local health care services, but for the oncology center when people need to go out of town for things like radiation therapy,” Weatherford said. “That’s such a difficult hardship for that patient and their family and support system, so we can’t thank you enough for that.”

For his part, Dr. Sameer Ahmed, who came to the Cancer Center in 2015, said cancer services have become more streamlined through a partnership with the Franciscan Physician Network. Through donations, this has made it easier for patients to have access to the care they need.

“I can’t thank our donors enough,” Ahmed said. “It changes the direction in a patient’s life and goes a long way in how the patients deal with this.”

What perhaps brought the Cancer Center’s services into greater focus was the testimony of Greencastle resident Scott Dunn, who was diagnosed with aggressive laryngeal cancer in 2019 and has undergone radiation and a tumor removal. For him, having care close to home, as well as an oncology staff which goes out of its way, makes a difference.

“From all I’ve seen from Putnam County, (the staff) really are truly ready and willing to help,” Dunn said. “Until I get hooked up to the juice, everybody is on my side, and that’s very nice to know.

“I don’t know their training and if they have any kind of training to be special individuals, but they seem to truly care; if not, they certainly should go to Hollywood and look into acting,” he added to laughter from the audience.

This nonetheless spoke to Dunn’s final remarks about having kindness and compassion. Both coming from friends, family and others in the community, he said, has made his multi-faceted struggle with cancer more meaningful.

“I hope that, if anything, you can take out of this to be kind and generous,” he concluded.

This charge was then taken up with a $3,700 donation by PCH Marketing and Community Relations Director Brooke Trissel and her family in honor of the late Ross Moffitt, who was a lung cancer patient.