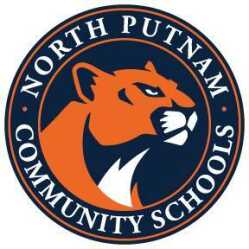 ROACHDALE — The North Putnam School Board’s regular meeting Thursday evening was accented by contentions over the school corporation’s COVID guidelines as they stood.

One member of the audience threw an expletive before obliging to leave. Another claimed that COVID was not harmful to children and that masks were ineffective. Echoing a sentiment that they were too stringent, another said the guidelines were “asinine” and a “power trip.”

The guidelines at issue were implemented at North Putnam late last August, in which COVID positivity rates in individual schools and corporation-wide became the overarching factor for masking and closures. School leaders then advocated that this was aimed at mitigating a spread of the virus.

As a proposal by Board Vice President Mark Hoke, the board approved to amend these thresholds effective immediately at the meeting. Hoke was joined in the affirmative vote by Rachel Mandeville, Eric Oliver and Amber Greene.

However, it was divided with opposing votes from Board President Travis Lambermont and members Joanie Knapp and Ron Spencer.

Masking will now be required if a school building’s positivity rate reaches eight percent of its student population. Masking would then remain in place until the rates falls below five percent. It is still required on school buses per a federal mandate.

Corporation-wide masking as such was eliminated from the guidelines. Previously, it was required if the corporation’s positivity rate was at one percent of the total population.

School buildings will close for five days if the positivity rate is at 10 percent or more, where it was originally set at three percent. A closure would also occur if a school’s quarantine rate reaches 25 percent, a change from 20 percent. The rate would then be re-evaluated after the five days.

Based on the student populations when the original guidelines were put in place, the exceeding threshold for closing individual schools means the following:

Meanwhile, exceeding the threshold for masking in individual school buildings means the following:

Despite changing the positivity rates, the sticking point brought up by those in the audience was contact tracing. Board member Eric Oliver provided that it was detrimental to parents who have to take off work to maybe look after multiple children.

Hoke provided that automatically quarantining students who may be healthy or otherwise symptomatic was not needed. There was no “magic dart,” he said, but that students have to be in school as well as monitored by parents. As such, they should communicate with the corporation’s health clinic.

“I’m all about choice, and I also believe there’s nobody who should be condemned for wearing a mask,” Spencer said. “Nobody is more responsible for your children than the parents.”

Spencer said the changes were an opportunity to loosen up masking and closures at North Putnam. Though he provided that “some sort” of contact tracing needed to be in place, he put the onus for students being healthy on parents.

“This whole thing is very upsetting,” Lambermont said. In a different turn, he cast his frustrations at the state not setting guidelines for local health departments which school boards could then follow. This, he provided, is why the board has had to make policies for North Putnam.

Board Secretary Rachel Mandeville also supported the new guidelines in terms of loosening up the policy in general. As to masks, she also provided an analogy to football helmets: Just as they cannot totally prevent concussions, masking is not “fool-proof.” Nonetheless, they are one layer of protection.

“I’m ready to worry about their mental health more than their physical health,” Greene said for her part. Though she supported the new thresholds, Greene noted that she was against the original guidelines.

As to her opposing the motion, Knapp said she wanted to see a more gradual step-down in the guidelines.

Superintendent Nicole Allee told the Banner Graphic Monday afternoon that North Putnam’s COVID dashboard would not be updated until next week due to the Thanksgiving holiday.