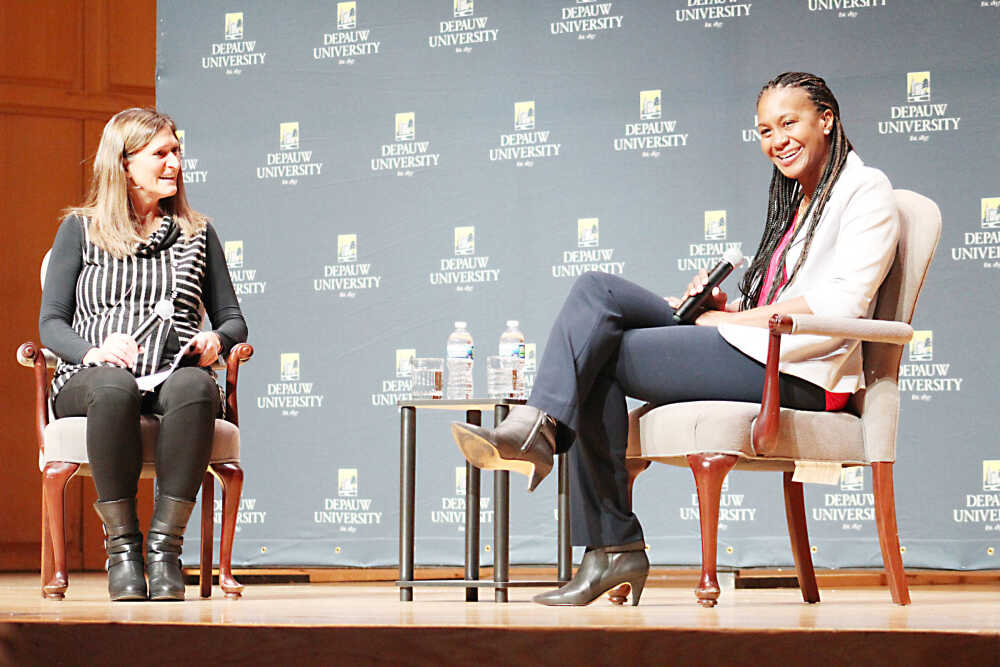 She was joined by DePauw women’s basketball’s Kris Huffman, herself a two-time NCAA Division III championship coach. In a moderated discussion, Catchings spoke on how adversity and drive paved the way for her as an athlete and a philanthropist.

Catchings is a four-time Olympic gold medalist who played for the Indiana Fever her entire 15-year career in the Women’s National Basketball Association. She helped the team to a championship in 2012 and was honored with the Most Valuable Player Award and five Defensive Player of the Year awards.

Catchings was inducted in the Women’s Basketball Hall of Fame last year and was elected into the Naismith Hall of Fame earlier this year. She has also been named as one of the top 25 WNBA players of all time, a recognition which took into account community efforts and leadership as well as accomplishments on the court.

After she retired following the 2016 season, Catchings became the general manager and vice president of basketball operations for the Fever. Prior in 2014, she founded the Catch The Stars Foundation, whose mission is to provide fitness, literacy and mentoring programs for at-risk youth in the Indianapolis area.

Catchings’ childhood with her parents and older siblings was made up of being part of a “family caravan” which moved regularly. Basketball did not become something that she “absolutely loved” until seventh grade, but it was a part of a competitive dynamic.

By the time she got to the University of Tennessee, where she was also an All-American and a Naismith College Player of the Year, she had never been yelled at for her game. This, she said, was until Lady Volunteers head coach Pat Summitt repeatedly told her to “Get you butt down, get your arms out!”

“I believe that is when I started playing defense, because of Pat,” she said. “She really put the fear in me at first. And then I started loving it. I know it helped me become a better basketball player and even just a better person overall.”

Catchings was born with a hearing impairment that was undiagnosed until she was three years old, and this in turn influenced her speaking. It was not until the second grade, she said, that she realized what this meant and how she was different. 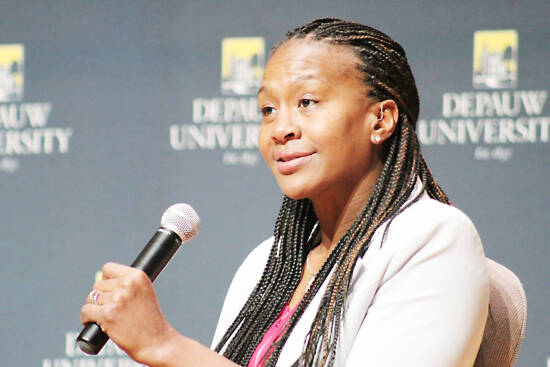 “Every single day I went to school, I got made fun of for the way that I talk, the hearing aids that I’d been wearing and just being different,” Catchings said.

After eschewing those hearing aids, Catchings forced herself to learn how to read lips as well as be prepared for classes. Reflecting on these challenges, she related such adversity to being committed to basketball and sports in general.

“I think, for me, the tenacity really came from that,” Catchings said. “You have people who tell you that you’ll never be great. I’ve heard it all. Over time, it really got to a point where I was like, ‘But I can do this.’ It’s not about proving somebody wrong, it’s like I don’t need to prove to you that I can do it.”

Catchings shared that Summitt recognized that she could inspire others who themselves have a disability. In the moment, Catchings thought Summitt did not know her as a person. Nonetheless, she motivated her to wear hearing aids again, as well as get more involved in the off-court publicity.

“Everywhere we went, when Pat walked out, people would walk to her, and she would take time to talk to every single person,” Catchings said about a lesson she learned from Summitt. “The one thing I try to do is spend time with people.”

The desire to emulate the legendary coach and make an impact off the court led to the Catch The Stars Foundation. The ethos, she said, has been to inspire youth to set goals for themselves and go after them, whether or not they might be athletes.