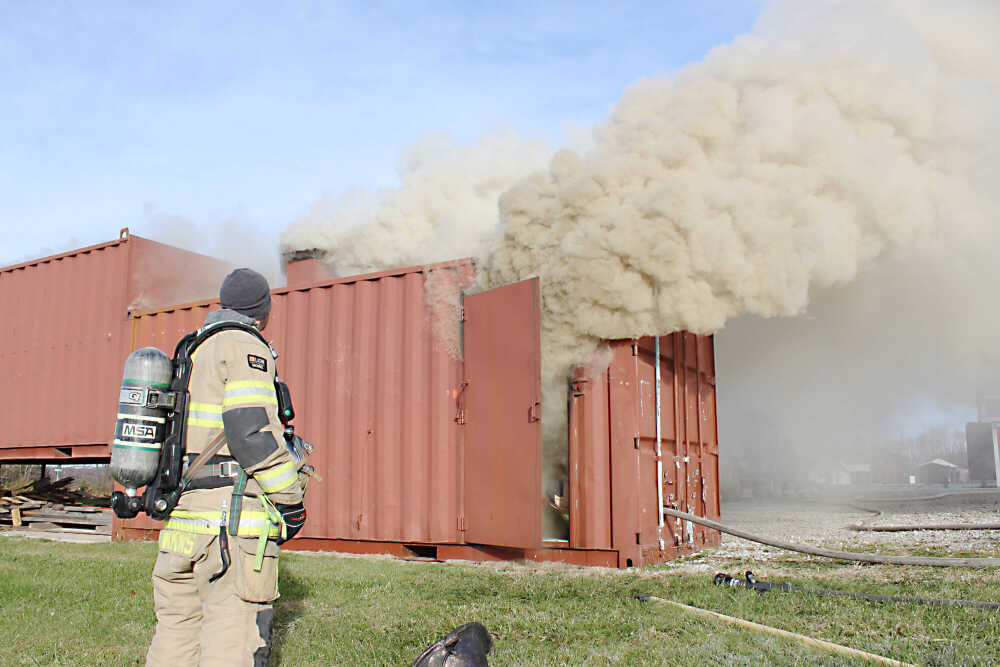 With firefighter Jonathan Hawkins standing by, thick smoke rolls out of a flashover container. Fire and rescue students at Area 30 participated in flashover training with the Greencastle Fire Department Tuesday.
Banner Graphic/BRAND SELVIA

Perhaps considered kind of a rite of passage, students in Area 30’s fire and rescue program recently got hands-on experience with learning and seeing how a fire develops and then spreads.

Working in a partnership with the program, the Greencastle Fire Department invited the class to participate in flashover training with them Tuesday morning. 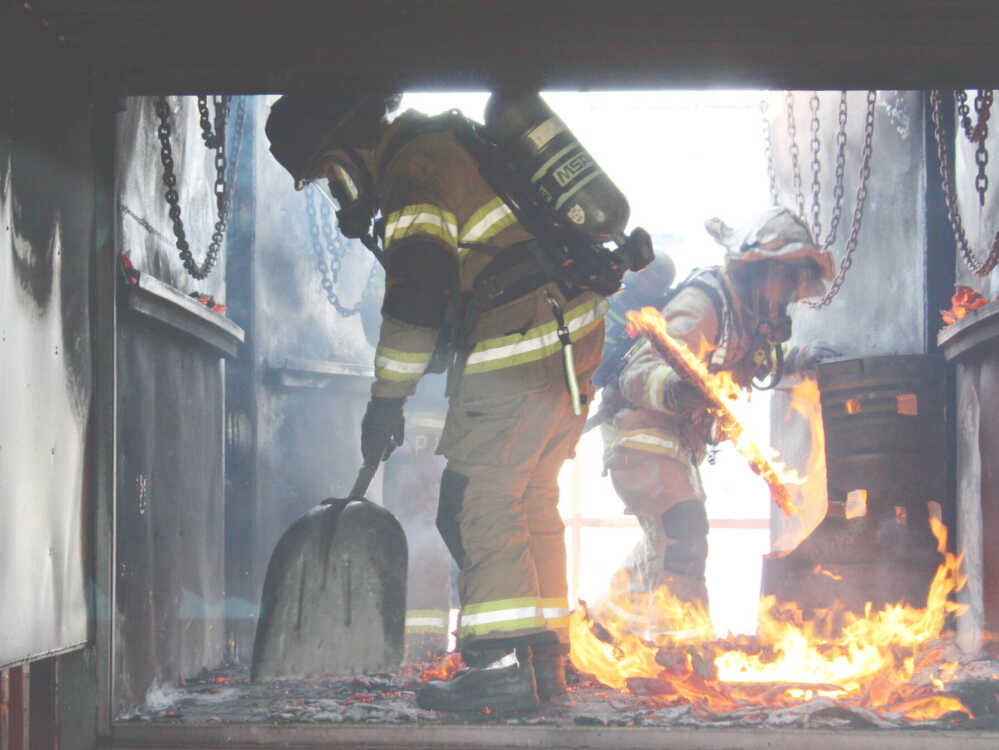 Firefighters clear burning debris from the container following one of two flashover exercises which were conducted.
Banner Graphic/BRAND SELVIA

The basic idea of getting into a flashover container is to see how one builds, in which combustible surfaces rapidly and near-simultaneously ignite. Sitting three feet below a fire floor, those inside can discern the thermal layering of smoke and gases.

In its incipient stage, a fire is confined to the material from which it ignited. A flashover then occurs when thick, black smoke develops along with intense heat. Generally, this entails a free-burning fire in an enclosed space.

A flashover culminates a fire’s growth stage before it is fully developed. The fire will ultimately decay when what has been fueling is consumed or the oxygen becomes insufficient enough to keep it going.

Greencastle Fire Asst. Chief Rob Frank gives some tips about attacking a fire to Area 30 fire and rescue students Tyler Adams and Malachi Fish after their turn in the container.
Banner Graphic/BRAND SELVIA

“As firefighters, flashover is obviously something we do not want to get caught in,” Greencastle Fire Asst. Chief Rob Frank told the Banner Graphic, noting that severe burns can happen apart from fatalities. “The flashover container teaches firefighters to know what to look for when it is about to occur.”

The class has been designed to train students on basic fire safety, fire engine operation, tackling fire-related emergencies and putting them out. It has been led by Greencastle firefighter James Shaw and retired Indianapolis firefighter Joel Crawley. 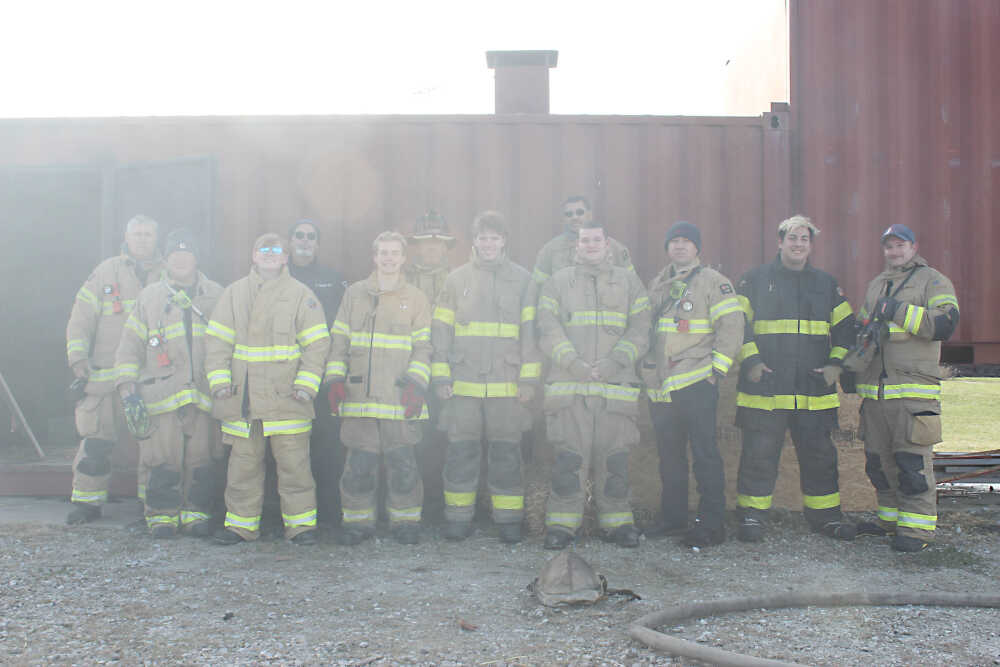 “It gives you a different perspective other than what we do most of the time sitting in the classroom and learning about it,” Adams said. “They repeat themselves on the training part of it, but it’s well worth it. That repeating gets it in your mind.”

“For people who’ve never been involved in firefighting, they did a really good job,” Shaw said. “We just have a good group. They love the hands-on. They’re good kids who wanna get out and work.”