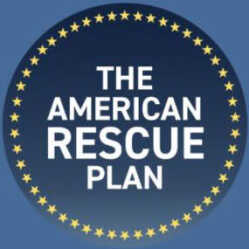 Questions about the administration of American Rescue Plan Act (ARPA) dollars have Putnam County not quite ready to move forward with a plan.

In recent months, a joint advisory board of Putnam County Commissioners and Putnam County Council representatives has been meeting to hear proposals for how the county can spend $7 million it is receiving from the federal government.

The federal government has instructed local governments to use the money to invest in things such as infrastructure, broadband and other investments to make the community a better place to live and attract people.

During Monday’s meeting of the Putnam County Commissioners, President Rick Woodall said County Council President Dave Fuhrman, both of whom are on the advisory board, recalled requests totaling nearly all of the $7 million total.

A complete list of these proposals will be available in an upcoming edition of the Banner Graphic.

However, based on advice from a recent commissioners conference, the Putnam County Commissioners are pumping the brakes a little on moving forward with approving funding.

One reason for this is that state and federal officials are recommending local governments hold between five and 10 percent of funding ($350,000-$700,000 in this case) for possible audits. However, the Commissioners would like more information on exactly which figure is appropriate.

Additionally, Local governments are being advised to hire an outside manager to take care of the various stages of the process, from planning to implementation to audit.

Speaking on what he has reviewed, Woodall and Putnam County Auditor Kristina Warren agree it would be appropriate to bring in an outside manager when millions of dollars is being tracked down to the penny.

As such, the Commissioners are hoping to move as fast as they can on the process before moving forward with funding decisions in January.