Local jobless numbers the gift that keeps on giving 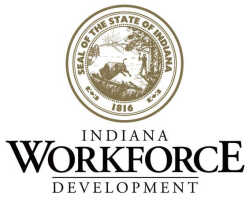 Christmas is a little merrier this year for Putnam County workers and employees across the state of Indiana.

The latest jobless numbers came in at a remarkable 1.8 percent for November.

After a 2.2 percent jobless rate in October that placed the county in a tie for 47th among the 92 Hoosier counties, November figures have landed Putnam County in a tie for 43rd with Parke and 10 others after posting that sparkling 1.8 percent rate.

How the effects of the pending IAC plant closing will affect future numbers is uncertain as many of those laid off have found jobs elsewhere, the Greencastle City Council was told earlier this month. A number of the other IAC workers being let go, many by Dec. 31, are in their 50s and 60s and may be considering retirement, Greencastle/Putnam County Economic Development Director Kristin Clary added.

The latest Putnam figure ranks ahead of contiguous counties Owen (2.2) and Clay (2.2) with Hendricks (1.5 percent, tied for 11th overall), Montgomery (1.6 percent tied for 19th best in the state) and Morgan (1.7 percent, tied for 34th) all posting better jobless figures than Putnam for the month.

Indiana’s seasonally adjusted unemployment rate for November fell to 3.0 percent – matching a low the state has not seen in more than 20 years.

In addition, private sector employment has now increased for five of the last six months. This has resulted in a gain of 69,400 jobs from May 2021 to November 2021.

The last time Indiana’s unemployment rate was at this level was in November 2000. It had fallen to 3.1 percent in December 2019 and stood at 3.2 percent before the COVID-19 pandemic struck in March 2020.

By comparison, the national rate in November dropped to 4.2 percent.

“It has been more than 20 years since we saw a 3.0 percent unemployment rate. This, along with private employment showing gains for five of the last six consecutive months are signs of a positive and strengthening economy,” Indiana Labor Commissioner Fred Payne said.

The monthly unemployment rate is a U.S. Bureau of Labor Statistics (BLS) indicator that reflects the number of unemployed people seeking employment within the prior four weeks as a percentage of the labor force.