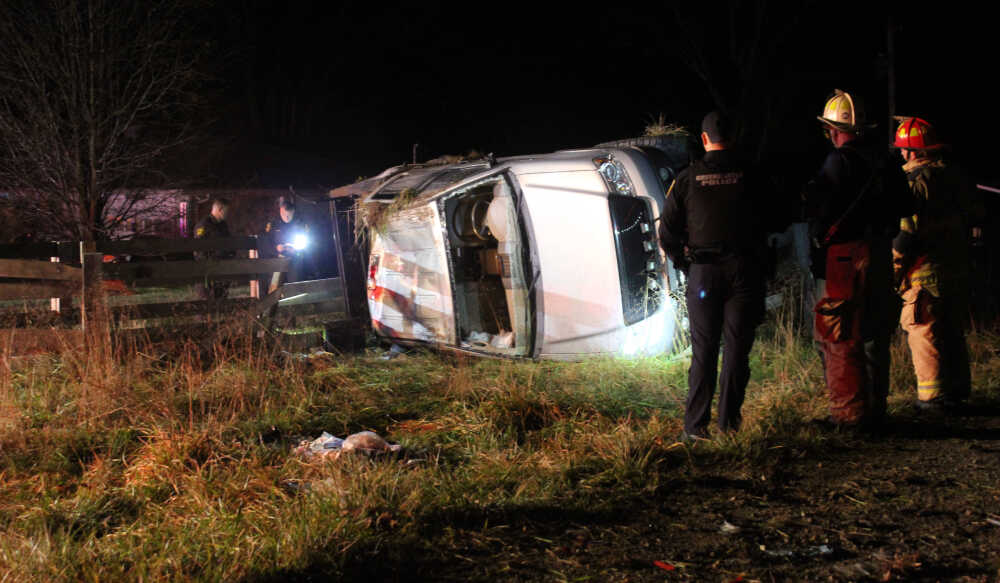 First responders survey the scene of a rollover on Plessinger’s Hill south of Greencastle Friday evening. The driver was charged with operating while intoxicated.
Banner Graphic/BRAND SELVIA

A Cloverdale woman has been charged with driving under the influence following a single-vehicle rollover on Plessinger’s Hill south of Greencastle Friday evening.

First responders were dispatched to the area at about 10:30 p.m. for the incident, which occurred on the west side of the roadway near JTN Outdoor Power Equipment.

According to information from the Putnam County Sheriff’s Office, a Ford F-150, driven by Vicki Silva, 62, Cloverdale, was traveling southbound when it ran off the road. The truck rolled several times and struck wooden fencing before coming to rest on its passenger side. 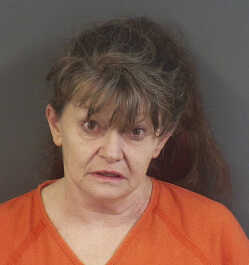 Both Silva and a passenger were transported to Putnam County Hospital. While there, Silva tested a BAC of .209, two-and-a-half times the legal limit. Once she was cleared medically, Silva was arrested on a charge of operating while intoxicated. The passenger, meanwhile, was not charged.

Along with the sheriff’s office and Putnam County EMS, the Cloverdale Township Volunteer Fire Department and Greencastle Police Department responded to the crash.

Traffic was able to continue up and down the hill while personnel were at the scene. Meanwhile, Trimble Towing picked up the wrecked truck.

Putnam County Sheriff’s Deputy Daniel Birt was the investigating officer. Along with firefighters and other police officers, he was assisted by Reserve Deputy Ken Rozelle.