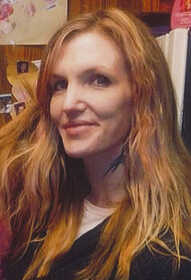 Courtney Jean (Nascimbene) Gurley, 43, passed away peacefully on Thursday, July 7, 2022 at the home she shared with her partner, Emerson Zook, and their son.

Courtney Jean Nascimbene was born at Mountainside Hospital, N.J., to Patricia L. Nascimbene and Stephen E. Wortman. From an early age, Courtney showed a talent for drawing. She was ambidextrous and could sketch anyone, anything, quickly and beautifully, simultaneously using both hands.

Courtney was very proud of all her accomplishments but her absolute proudest moments were the births of each of her five children.

Courtney was a bit of a “different drummer,” rarely going along with societal expectations. But Courtney had a good heart, and family was very important to her. “La Famiglia e tutto.” Courtney looked forward to a future with her partner and all her children, and now will be watching them from Heaven.

In lieu of flowers, donations may be made in Courtney’s name to one of the following: