Deciphering the return, or not, of sports in difficult times 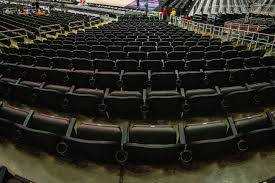 For better or worse, I am normally pretty negative when deciding on potential outcomes of a situation. My glass is definitely half empty. I'm unsure why I developed this character trait (flaw), but it's there.

Friday was a little bit of a difference for me as my wife and listened to Gov. Holcomb's speech detailing the layer by layer re-opening of activities in Indiana. Going into the speech, and just having done a column with some Putnam County athletic directors, my "gloom and doom" meter was off the charts. I did not expect any more sports to take place in 2020, and the likelihood of them resuming early in 2021 also looked doubtful until the development of a cure/vaccine.

But, the governor's timeline seemed to match up pretty well with what Doug Greenlee of Greencastle told me and that fact provided me with hope. Simply put, Greenlee said earlier last week that the IHSAA was not going to shorten the "moratorium" week from June 28-July 4 to allow high school teams to make up for lost time. The governor said that the final date for things to become fully open would be July 4 (with just a few exceptions). After a short period of reflection, I theorized that perhaps the IHSAA's reluctance to shorten its week off (due to the potential of scheduled family vacations) could have been done in order to fit the governor's timeline.

In essence, high school sports could realistically start on Monday, July 6 -- with just one exception. Should the loosening of restrictions and having more people in contact with each other cause the number of COVID-19 cases/deaths to rise enough, the governor did leave an opening (as he should have) for the restrictions to be made tougher again. The big question is: What is the number? If the number of cases goes down for seven straight days, then bounce back up for a couple of days, how long before there is an "acceptable" number again? Is 100 deaths a day the benchmark? Is 50? Is 200?

This is just a horrible thing to have to decide. We need for both things to happen - businesses that were closed need to open up to help the economy, and people need to have fewer interactions to slow/reduce the virus. Both things obviously can't happen, but somehow a happy medium needs to be reached. It's kind of like food, in a way. We all know the things that we shouldn't eat because they are bad for our health, and we also know the things that we like to eat because they taste good. Both of those objectives cannot be met, either.

Until I see any evidence to the contrary, I refuse to align with the conspiracy theorists who say that the closure of states is related to an effort to keep President Trump from being re-elected. Is such a thing going on? Maybe, maybe not. But until I see solid, incontrovertible evidence I will cling to the hope that all decisions (past, present and future) are done to keep as many people safe as possible while allowing the economy to recover as much as possible.

Hopefully sports can be allowed to be a part of that recovery.

Editor’s note: The IHSAA made a major announcement on Wednesday morning.

More from this blogger · Joey Bennett
Respond to this blog