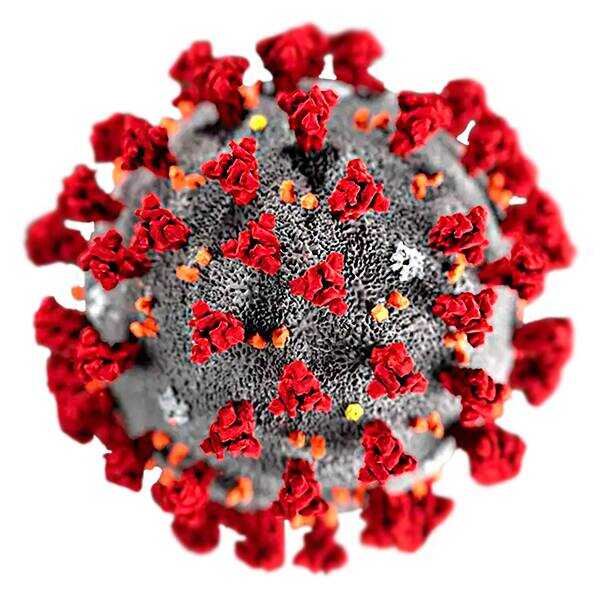 I woke up in the middle of the night very early Tuesday morning with cold chills and shakes the kind of which I've never had before. I checked my temperature, and it was high. Pretty close to 100 if I remember correctly (up from normally 97.something.)

It fluctuated for most of Wednesday, but peaked at 100.3 either really late last night or really early Wednesday morning. I took some acetaminophen and slept in really well on Wednesday morning. My temperature had fallen back to 97.2, and while I could hardly claim victory I was feeling much better about things.

Once I found that both Laura and I had to have a positive test to be able to return to work, we hopped in the car on Wednesday afternoon and went to a clinic in Paris, Ill., that has a special machine with fast results. It probably took about 30 minutes, and my results came back positive.

I was surprised, since I felt great and my temp was 97.3 when they checked me in. The doctor didn't seem that concerned, based upon her experiences, and she said she thought the worst of it was over for me. She said people can test positive for up to two weeks after having it. I was a little disappointed when my temp had risen back to 100.3 on Wednesday evening. (As I write this at 1 a.m. Thursday, it's back down to 98.8. I am expecting such fluctuations to continue for four or five days, based upon conversations with people who have also had it.)

There were several interesting things that I learned during my visit with the doctor, who was outstanding, which have not been previously mentioned. They are consistent (both positively and negatively) with many things I have heard over the past few months:

* I asked her numerous questions, one of which was why I wasn't in the hospital on a respirator like some people. She said that some cases are more severe than others, and affect people differently. She thought I was on the downward side of it, and as long as my symptoms stayed away I would probably be OK in a few days. (I wish I had recorded this session. I was still in a bit of a daze, and probably don't remember some of the things she said.) She said the number of people who have had it and not died is underplayed. media has some guilt in this, but I place a larger amount of this blame on people who try to interpret statistical data who don't understand how it actually works (me included) and try to sway people on social media.

* She actually said she didn't wish her office had this special machine (the kind of which should be immediately mass produced and put in every medical facility), and that surprised me. She thinks th is because so many people want or are told to get tested who don't need it. She doesn't like wasting tests on asymptomatic people. She said that schools are the worst offenders, and families with four or five days are getting their kids all sent home and being told they all have to test negative to return when one of them has "the sniffles" and no other symptoms.

* The only bad thing was that I was given a swab (i.e., a long Q-tip) and told to self-swab myself, pushing it in until I "felt resistance." I stopped where I thought I was supposed to, and someone came to check on my and said "oh, no, that's not far enough." Based upon how much farther she put it up my nose, I wasn't even close. I'm glad she did it, though. I would have given a false sample that likely would have had me to test negative.

In summary, I have no idea how or where I got this. It's possible my wife brought it home from her school, but she has had no symptoms of any kind. I have worn a mask every time I've gone out in public, and I maintain my belief in that harmless practice. In no way am I guaranteeing it's a 100-percent preventive measure, but it has to be superior to not wearing a mask at all.

I talked to a guy tonight who has it, and he said that major headaches were the biggest problem for him. I've had none of those. It does seem to affect everyone differently.

Clearly I'm no doctor. My best advice at this stage to anyone is to keep a close eye on body temperature and the loss of taste/smell. To me, the other factors happen normally in life. Obviously the more of them you have, the greater the risk is.

Do I know for sure I didn't get a false positive test result? Nope. I do know that I've had cold chills periodically and none of them made me shake so hard that I woke up the person next to me in bed. In my experience, it's not "just a cold." My biggest error was thinking all was well after my temp dropped, and that I only went to get tested until I was required to by work. I would recommend getting tested ASAP if you show the symptoms. I hope this all just drifts away in a few days, but the ups and downs of my temperature don't make that look likely.

Fortunately, we have an app at work that allows me to connect to my computer and its programs there and be able to work from home. So you won't see me for a while, but I'll still be here clicking away.