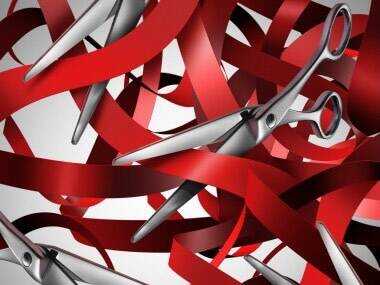 Slept in until about 10 a.m. My wife (a teacher) is still home from work on quarantine, and she's feeling no symptoms at all. I am happy for that. I would feel awful if I gave it to her.

This day quickly becomes "Contact Tracing" day. I have no issue with that. The last thing in the world I want to do is to give it to someone else. I even mentioned to one young lady I talked to that I would rather die from COVID than give it to someone else and find out that person died from it. She felt the same way. The bureaucracy we all face in our dealings with government entities will become prevalent on this date, and I don't deal with it well.

My first contact with the government was on Thursday morning, the day after my positive test results came in. I got a text from the Parke County Health Department asking me to call them about my positive test. (For a point of information, we live in the far northeastern corner of Vigo County but our mailing address is through Rosedale since it is the closest post office that delivers mail.) I had shut off my phone to try to get some sleep before a busy day of work on Thursday, but they finally figured out which county I actually live in and I was contacted on Friday morning by Vigo County.

A really nice young lady named Sophia asked me a lot of predictable questions, and I answered them as well as I could. I sort of got a preview of things to come when she asked me my gender. Since we were talking on the phone, she couldn't see me, but I thought that was an irrelevant thing to ask since it clearly had to be on the form from the clinic in Illinois where I was tested. She said she had to ask. OK. Whatever. She's just doing her job. This ordeal probably takes about an hour, so I try to go to sleep for a while. I almost immediately get contacted by the Indiana State Department of Health, and I called them back. The lady there was nice, and also just doing her job, but she starts reading me the exact same list of questions as the Vigo County lady. I stop her after the first question. "If you call Sophia at the Vigo County Health Department, she can give you all the answers," I said, actually being serious. Apparently reading from a script, she told me she had to ask. "We don't always get all the information we need." I then asked her how efficient it was for two different people to ask me the same questions, and she said it's not very efficient. I dropped it at that point, because she's just doing what she's told. Seems to me that each county health department should do the interview, and send the responses along to the state so they don't have to. Maybe the state could do a one-week followup with last week's new cases instead of this duplication. Anything has to be better than this.

I had numerous phone and text conversations with the two schools I had visited the previous week, describing where I sat and who was nearby. Everyone was contacted, and fortunately it does not appear that I infected anyone. (One of the contract tracers told me I really only had to worry about the 48 hours before my first symptoms, so all that effort was wasted in reality. But still necessary.) I also needed to cancel a dog vet appointment, a dental appointment, an optometrist appointment and anything else scheduled for the near future since I was unable to go.

I was able to more work from home on Friday evening, follow our high school football teams via radio and online, update scores on Twitter and eventually write, edit and post stories on our website that will eventually appear in Tuesday's print edition. I placed an online grocery order and my wife went to pick it up. She's still feeling fine.

An exhausting day. And I still haven't contacted my personal physician yet.