The COVID battle continues in our house; four-car pileup in a drive-thru 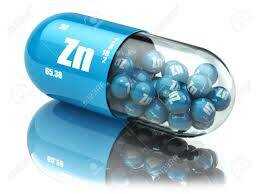 Fortunately, I'm doing great in terms of COVID. My symptoms left long ago and have not yet returned. As I wrote earlier, I feel incredibly lucky.

My wife is not in agony, but continues to feel miserable going into her three-week anniversary of symptom onset tomorrow (Saturday).

On Friday night, I drove from store to store in Terre Haute on a quest to find zinc. Why, you ask? I read a memo from the President's doctor about what they are giving him for his COVID, and it included a list of seemingly random items such as zinc, melatonin, famotidine, aspirin and vitamin D. Since it wasn't bleach or hydroxychloroquine, we figured it must be a safe option and a better possibility than any we had tried before. We had some of the items, I got a couple others at a nearby dollar store and went in search of zinc - something I have never purchased before. CVS in North Terre Haute had some at one point, but a salesperson there said it flies off the shelves faster than they can restock it. Walgreen's has set aside two rows for it, but they were both empty. There was a Kroger nearby, so I went there with confidence low. They didn't have it either.

Wal-Mart was my next option, but the nearest one was about 15 minutes away. I made a post on Facebook asking friends for ideas and they came through bigtime. I heard from several former students, high school classmates and people from several different parts of my life. GNC proved to be the eventual winner, as it had just received a big shipment and had plenty on hand.

So, will it work? No idea. But I'll let you know, and if you ever need zinc you now know that GNC is the place to go.

From the really random part, I had an interesting incident recently that is pretty uncommon.

I went to a Terre Haute McDonald's to get a $1 drink on my way home one day last weekend, and the car in front of me was clearly distracted. Every time there was a chance for the drive to pull up, she just sat there. I could quickly tell she was either taking selfies on her phone or making some type of Facetime video. At one point, I yelled out the window that it was "time to go" and she finally started to creep toward the next car in front of her in line. Inexplicably, she then floored the accelerator and plowed into the car in front of her. That car created a chain reaction with the two in front of it, likely resulting in one of the worst crashes ever in a fast food drive-thru window. The girl driver, looking about 20 years old, put on an act like she was crying - but I talked to a passenger of the first car that was hit and he said she was laughing about it.