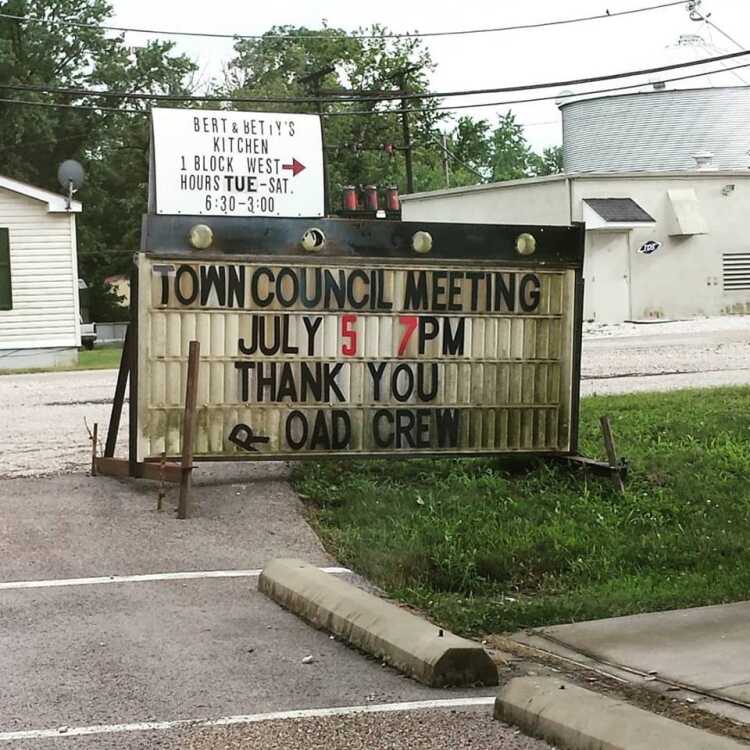 When I first began as a reporter for the Banner Graphic, I really had little idea about how important it would be to get to know the lay of the land.

Coming into my fourth week following school board meetings and town councils, I have visited places I never thought I would have any reason to see.

Before last Thursday, I had never visited Fillmore Town Hall. I had previously passed through Bainbridge only to go to my dentist. I knew of Russellville only because of a car show there that I have not gone to in four years.

The scenery has not really changed, however. There is a beauty behind it. Maybe it's because it passes off pretense in favor of honesty. There are honest people that will plow those fields. I also think they have honest people as their neighbors.

Since beginning at the Banner, I have gone to Fillmore to eat breakfast once every week. I see it as a necessity as a small town reporter.

I am still becoming that "regular" at Bert and Betty's. I always look forward to it, because the eggs and sausage are delicious and unpretentious. The coffee, as it is supposed to do, wakes me up and puts me in a good mood.

The thing is is that Bert and Betty's is not all that new to me. I've been there on many Saturdays with the Volkswagen mechanic. I am also cognizant of its roots in a rural space that I consider part of home. 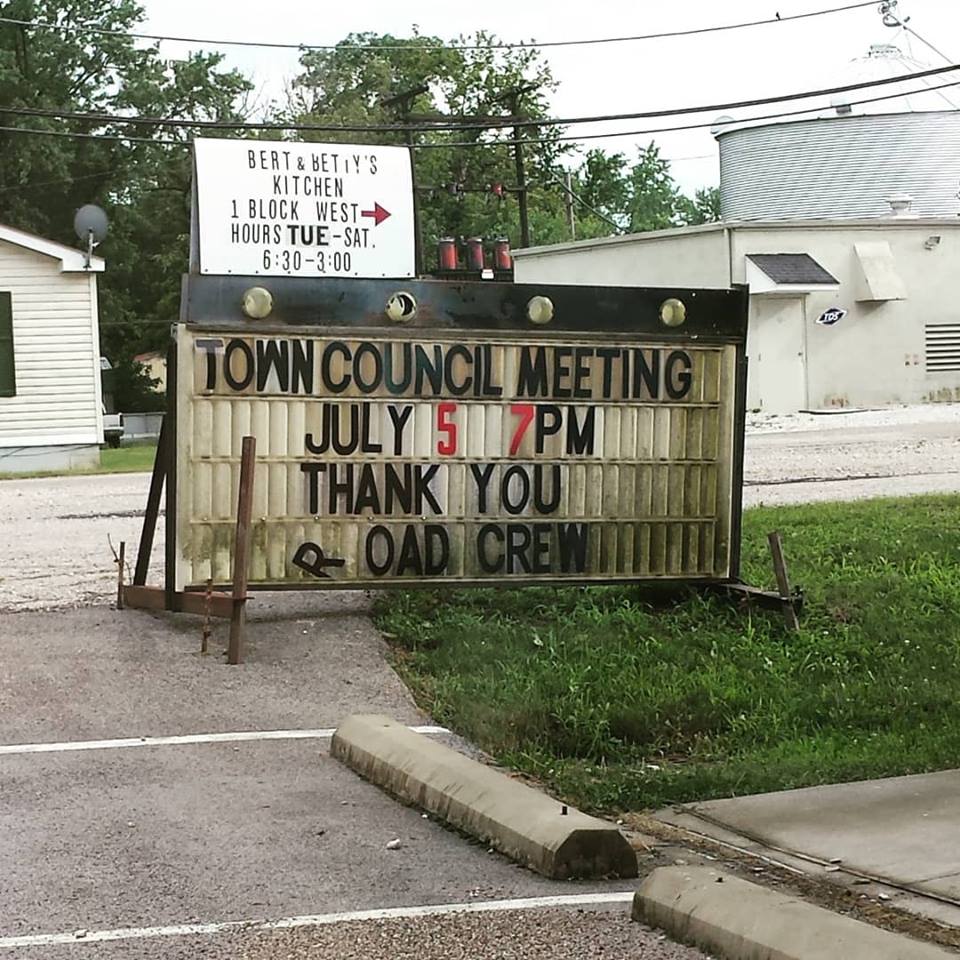 Signs like the one above also remind me of that.

I think it's fair to say that DePauw University, and the business that has capitalized on its patronage, has, overall, positively influenced how Greencastle has developed as a college town.

It is not the place I knew when I graduated from high school in 2013, at a time when my buddy and I would venture to Crawfordsville or Plainfield to see a movie, and eat Steak n' Shake afterwards.

I echo my 12th-grade Honors English teacher Donovan Wheeler when I say that people actually want to stay in town now. The community seems more together than it used to be. There are things - fun things - to do.

Reading Mr. Wheeler's articles in National Road Magazine has inspired me to look deeper into the popular culture of Greencastle as a haute place to be.

However, going to those town councils and school board meetings has also made me consider where others fit in. What does it mean when I use #smalltownpr in an Instagram post about what I'm doing as a reporter and a community member?

I believe that at the heart of it all, Putnam County, like those surrounding it, can still be defined as rural, but with an "enlightened" center.

In some ways, it really is similar to Montgomery County, with Crawfordsville and Wabash College in the middle.

For some, separating Greencastle and a place like Fillmore into dichotomies is easy. It's rural vs. urban. Some may put it to being conservative vs. liberal. The worst of them will cast it as backward vs. forward; decaying vs. thriving.

It's all too dismissive to put it like that. It passes over what is meaningful.

Reporting on the things that are important to them has broadened my perspective on the challenges they too face, and about what they value.

As I was driving from Greencastle to Cloverdale a few days ago, I said something out loud to myself as I looked at the pastures flowing past, with a passenger I imagined as being one of my Wabash classmates from Indianapolis.

"This is where I grew up. These are people that are a part of that."

The sign in front of the Fillmore Town Hall, as small and rugged as it is, is also part of this landscape, just like the silos and the cornfields.

My trips to eat at these hole-in-the-wall places have made what I do all the more satisfying.

And if I can show others that these places have something good to eat and honest people to chat with, I will have done one of the most essential parts of my job.