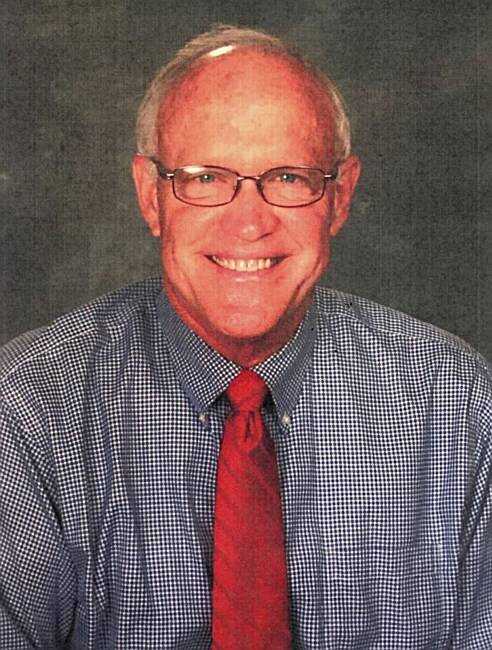 This past Monday afternoon, I did what I consider to be a very adult thing to do.

It was, by its very nature, a somber and sad occasion. Going to a funeral visitation can be a very humbling experience, because it highlights death as a part of life.

But it also reinforces that while death is finite, the memories and deeds still remain with us.

As I waited in the long line to pay my respects to Dan TeGrotenhuis, known to me and many other former students as Mr. T, it hit me that it had been five years since I remembered last talking to him or his wife, Allyson.

It pointedly struck as to how tragic it was that I did not have the opportunity to see Mr. T before he passed away a week ago today.

I really only knew Mr. T when he was the principal of Tzouanakis. It is difficult for me to recount the day-to-day as a student, but I remember that he had a unique air about him. He was a commanding figure who demanded respect from his students. At the same time, I think the consensus then was that he gave everyone a fair shake.

I myself was very backwards and shy as a student at TZ. It almost doesn’t make sense given my line of work as a reporter. I was sometimes rude, often stubborn, and did not have many friends, for these and other reasons.

But Mr. T had a small breakthrough with me one day.

A few moments later, he stopped me in my tracks and asked me, with the microphone still up towards him, “What do you say?” He was reminding me, and everyone else, that I needed to say “Thank you.”

Looking back on it 13 or so years later, it’s an embarrassingly childish moment for me. But it was also Mr. T putting courtesy and gratitude at the forefront. He placed a heavy emphasis on manners and kindness as a modus operandi. I often think about that moment as to how simple it is just to be nice.

He, along with his wife, would emphasize that courtesy and respect later on at the Top 10 Percent Dinner for the Class of 2013.

I invited Mrs. TeGrotenhuis as my dinner guest, because she was the teacher who had the most impact on me. While I was at TZ, Mrs. T worked with me in a meaningful way, but it was not to get better at math or reading. Mrs. T reinforced the importance of manners, and also encouraged me to better express myself in positive ways.

At the time, it seemed to be a surprise that I had invited both Mr. and Mrs. T to the dinner. Even then, the TZ days seemed a distant past; we surely reasoned that we were obviously much more mature. But as they talked with my classmates and their parents and guests, I think they reminded them of the importance of service and humility.

While it took me until my Wabash years to more completely act on them, the lessons Mrs. T taught me about kindness and putting myself in others’ shoes continue to influence how I carry myself.

I am proud to be one of Mrs. T’s legacies because of the impact that she had on my self-confidence and self-expression. Mr. T’s own legacy lies in the same vein, as we now remember the impact he had on this community.

Mr. T will be greatly missed, and I hope that his example will continue to inspire many in this community to be good servants.