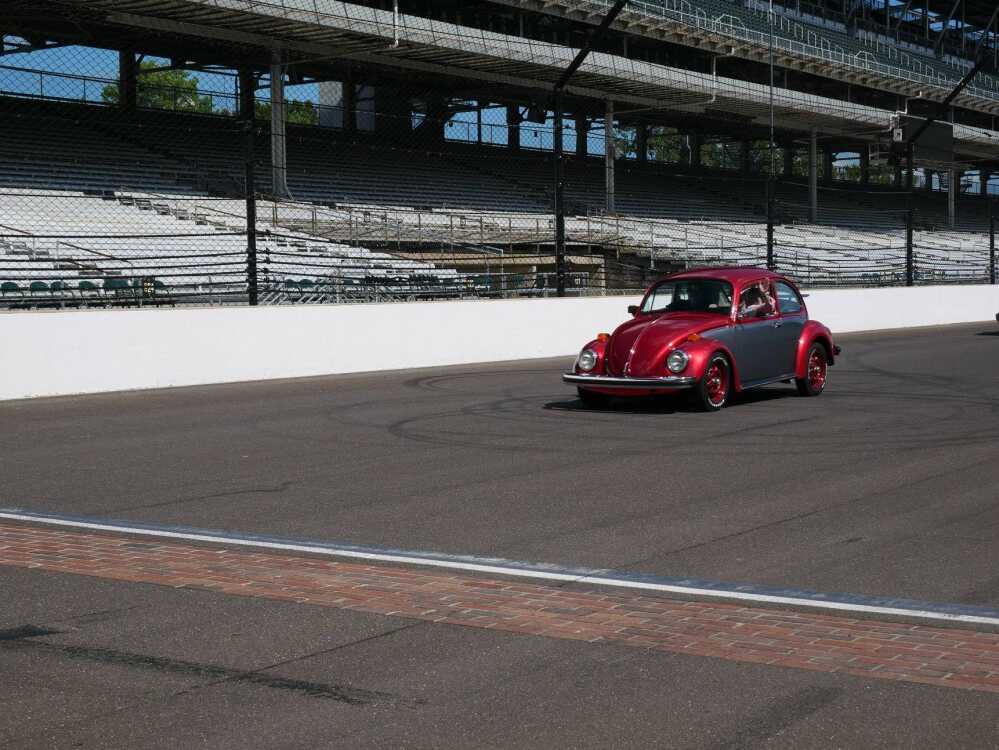 Last Saturday, I got to do something that was just downright cool. During what was a beautiful afternoon, I got to drive around the Indianapolis Motor Speedway.

There's an almost-humorous catch to this: I went three laps around this hallowed track in my air-cooled Volkswagen Beetle.

On the other hand, it was sort of appropriate. My Beetle's style, with its white-letter tires, spoiler and raked stance, looks like it would belong on the track. I've heard many comments that my car looks fast; no doubt some have been let down to find a normal four-cylinder engine in the back.

Those three laps were an opportunity for my dad to have a little fun too. He did this by coaching me around the track. We were able to get up to 55 mph and run the line you're supposed to run: kiss the corner, kiss the pipe.

The couple behind us in an older VW Rabbit convertible realized what we were doing. They kept up, even getting a few shots as they straddled between us and the wall. 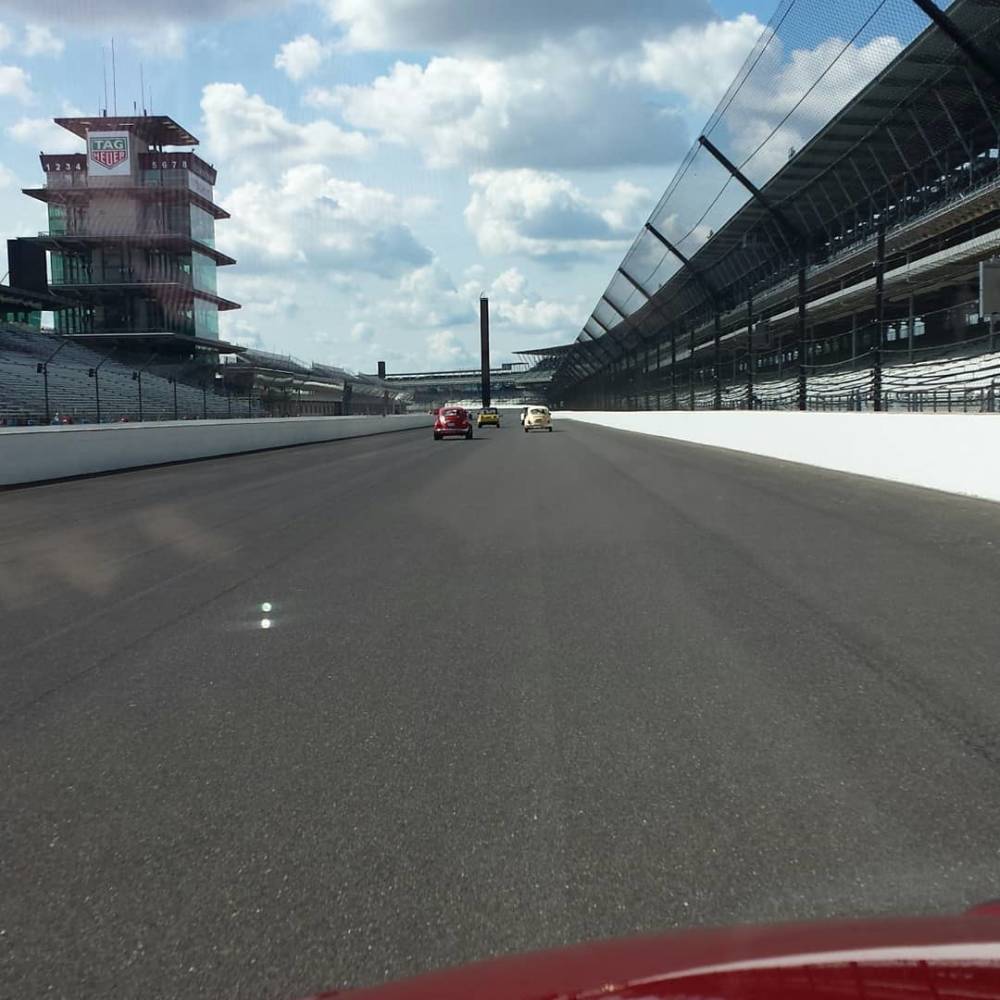 As awesome as this all was, I was aware that I was still driving a four-cylinder. I couldn't help sharing photos I got from inside the car on Instagram with the caption, "My four-cylinder can do it. You can too. #believe"

Some people got a kick out of that, including IndyCar driver James Davison, who liked the post.

I was one of 100 Volkswagens that came out to IMS that day. Some very nice cars came from as far as Florida and Iowa to be a part of this. And I was by no means the fastest one there.

The whole experience was just one of those things that you just don't get to do every day. It was a chance for my Volkswagen, and I, to feel like we were going racing. I look forward to being able to do it again. Maybe next time, I'll have a little more horsepower.