My thoughts on Ivy Trace 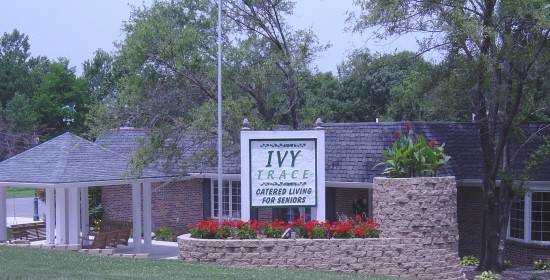 I have tried to stick to the good-natured intent of this blog by not becoming overtly political or critical.

However, I feel that it is only appropriate that I at least express some of my thoughts on an issue that has divided Greencastle residents. These are my views alone, and not those of the Banner Graphic as a whole.

Granted, the Ivy Trace issue has not been my beat. I did not attend the meeting at City Hall last night, and just read that the Board of Zoning Appeals tabled its decision to either grant or reject the exemption to convert it into a drug and alcohol treatment center.

The issue is certainly becoming a contested one. And what makes it interesting is that the center's stated purpose has really not been called into question. Rather, its location is the one problem for some in the community.

In a recent article written by Jared Jernagan prior to the meeting, school officials made it clear that the center, which would be located just down the street from Tzouanakis Intermediate School, was too close for comfort.

At the same time, they demonstrated an attitude which I would describe as alarmist.

Take what Greencastle School Board member Brian Cox had to say about the safety of students:

“As a parent, I always have concerns about my kids going to school and being safe,” Cox said. “I think of it as one more thing that’s going to be on my mind, whether it’s valid or not.” (emphasis added)

That last bit got my attention. Of course, it is natural for a parent to be concerned for students' safety, especially in a period where school shootings in general have become common.

Cox also got my attention when he asked why anyone of them would take "even the smallest risk" to protect "our most precious commodity."

No parent would disagree with what Cox says, but his heavy-handed rhetoric in what I thought would be an objective evaluation troubles me.

As to what I gather from Jernagan's article, the school board did not discuss at length any scenario which would threaten student safety. Instead, they "wondered" what a patient housed at the treatment center could do to harm students. They assumed the worst without figuring out what the "worst" was, excepting the possibility of a lockdown.

Before that, board member Bill Tobin said this with regard to the chance of the worst happening:

"To me, the danger to school safety may not be considerable, but it’s not zero,” Tobin said. “That’s not acceptable in my mind.”

Not only is his statement alarmist in nature, it is untenably narrow. Nothing of this nature is going to be completely risk-free. Does that mean that the proposed center should be rejected just because the risk exists?

What would be the risks-to-benefits for the community?

The facility would be in-patient and short-term, with no visitors allowed, allowing for those housed there to focus on recovery. This, and the size of the facility, would suggest the risk of a "break-out," as implied by the school board, would not be considerable.

As far as safety for patients and students would be concerned, the onus to make the treatment center a secure facility would be on the Indiana Center for Recovery. It would need to be its responsibility, because the issue with its location is still valid, despite the rhetoric from school officials.

My position as a resident is that the Ivy Trace conversion must move forward. Greencastle needs this type of facility to improve quality of life in the community, and to help those who struggle with addiction and alcoholism to become sober.

While the opposition is not completely unfounded, the benefits are being downplayed by this one element.

Echoing sentiments from discussions I heard at the Opioid Symposium in Cloverdale, the question is still this: Would you rather see addicts and alcoholics abuse on the outside anyway, or would you want them recovering on the inside?