Interacting with the local firefighters 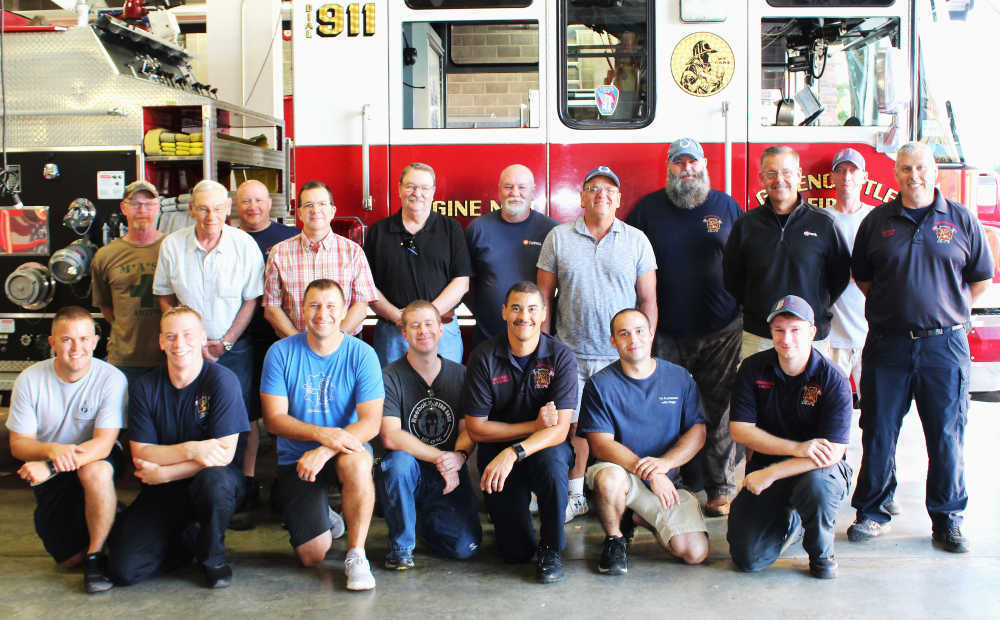 Sometimes, my job allows me to get to know some important people in our community.

A lot of the time, I come away from talking with them with more appreciation for what they do on a daily basis. That's really one of the great perks of being a local reporter.

A point of conduct in having that perk is establishing trust with your audience. Whether they read our stories in the Banner Graphic on paper or online, you have to get out and invest in the story whenever you can.

This past Friday, I covered my first on-scene house fire. It was a pretty big milestone for me as a reporter. It also struck me that some of these guys were the same ones I called almost every day to get the Greencastle Fire Department's runs for the scanner.

Before then, I got a call from GFD enthusiastically asking if one of us would come and take a picture at a breakfast they would be hosting for their retirees. I knew that this was something I didn't want to miss.

When I settled at the fire house on Indiana Street this past Saturday, I was surprised at just how many firefighters, current and retired, were in attendance.

Among those retirees was someone who ate two Ten Stack Challenges at Charlie's, and also co-hosts an online show that has fans from around the world. I was astounded that there was over 200 years of experience between them.

I developed a greater appreciation for just how rigorous their job is. GFD's assistant chief showed me just how heavy a firefighter's jacket is. He and many of the others talked about how smoke inhalation can wreak havoc on the body. The seemingly mundane things like the age of the firetrucks, as well as the fire alarm that came in as I was getting ready to leave, added to the story for me.

Attending the breakfast shed more light on a service I think a lot of us take for granted. Even when the fire alarm turns out to be caused by cooking, our local firefighters have a tough job.

Get to know your local firefighters, and thank them for what they do and the time they give to helping others.