What "Comps" means to me 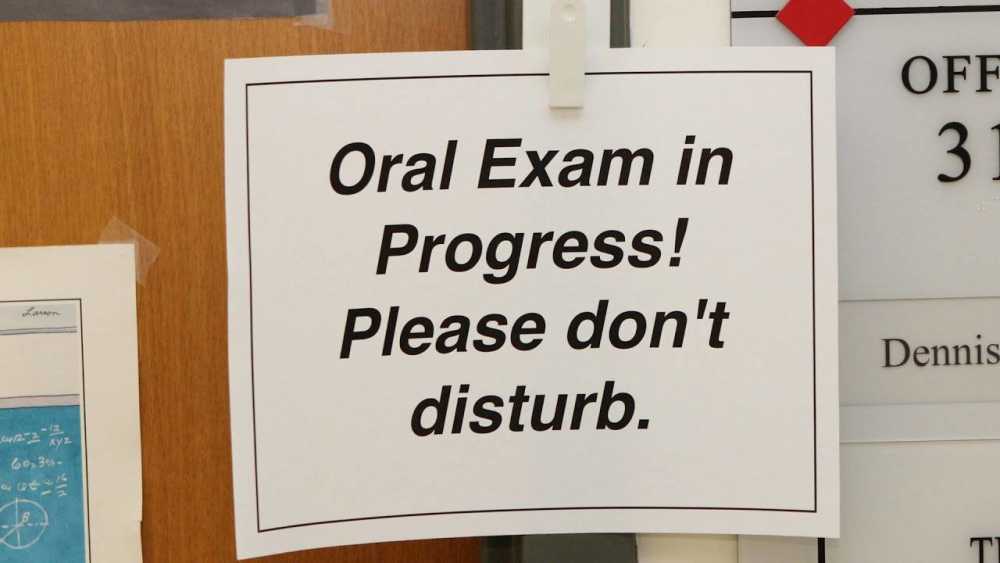 My morning got off to what is not normally a "bad" start.

As today (Wednesday) is considered to be a day off because we don't print a paper Thursday, I thought I would get up a little earlier and actually make myself some breakfast at the apartment.

That means my kind of weekend breakfast of scrambled eggs and coffee, only it would've been actually brewed and not "Keuriged." But this was not to be.

After I had showered, shaved and gotten dressed, I went to get those eggs going and start making the ambrosia in the French press I got for Christmas. But as I turned to fill my new stainless steel kettle, I noticed that it had white spots all over the inside. I fruitlessly tried scrubbing them with detergent, after which I gave up and just had a protein shake.

The cold this morning has also put me in a quasi-frustrated mood, especially after we've been enjoying consecutive days of 50-degree calm. Winter was bound to come back at some point, so I can't be too upset. I also can't be too mad at my "Keuriged" coffee I'm sipping on.

This scenario may seem like a trifle, and that's because it really is. I also know that my failed breakfast initiative pales to what seniors at Wabash College are going through right now.

At Wabash, seniors must go back to campus after the holidays to take what are called Comprehensive Exams, or "Comps" for short. To put the process as simply as I can, Comps covers one's work in his major(s) and minor(s) throughout his four years. They are taken over the course of the week before the beginning of the spring semester.

Comps are separated into written exams, but they also involve an oral exam where you go in front of professors and discuss materials and concepts. As far as I know, no other undergraduate institution makes students defend their knowledge the way Wabash does with Comps.

Indeed, one of my history professors has said that they force the same frustration and rigor that a graduate defense would entail. That's a pretty big comparison.

Comps is often considered a kind of rite of passage for Wabash students, and they have to be. In order to graduate, you have to pass them, one way or another. Here is where it gets a little more personal for me.

First, I have to disclaim that I graduated from Wabash with a triple major. That means when Comps came around, some of the more religious of my peers were perhaps praying for me. Others very well just shook their heads and wondered if I had gone nuts.

I had a larger Orals board, and I had three subjects which I had to have a grasp on. The word I like to use for my Comps experience is "character-building," even though I didn't understand it at the time. I especially remember going in and out of my Orals session. I went in confident, and came out like I had been hit with a sledgehammer.

Later on, I couldn't bring myself to look at my results. I was afraid of what I might see and be disappointed by. It was not until the Dean of Students called me in and told me I had "not passed" my German Comp that I had an internal evaluation of my worth at Wabash.

I told nobody, not even the closest of my acquaintances, about the meeting, and kept it quiet until I retook the part I had failed. That was easy enough, but I thought it was an unwritten rule that you don't fail Comps; and if you do, you keep your head down and show nothing.

Two years later, Comps still pesters me when I think about what could've been or what I could've done more. But I know that I wasn't the only one who struggled, and I certainly think that I'll not be the last to say so honestly. What Comps still means to me is that honesty is important for your well-being. Friendships are still imperative for your self-worth, and failure on a part of the exam is not an end-all.

Despite Wabash's fighting persona, it's a humbling experience that can bring out the best in some of your peers and yourself.

I was muddied and bruised when Comps ended, but it made me better for it when I went out and found just how tough the outside world can be. It's what makes such a thing worthwhile.