Back on schedule - as much as I can be

At the outset of this post, I want to make another public service announcement that I will plan to start posting my blogs again on Wednesdays. I just recently completed my math class at Ivy Tech, and I (as far as I know at this point) will no longer be out of the office all Monday and Wednesday morning.

I'm happy to be done with the course, and I feel like I have been able to rehash or improve on my understanding of things like factoring and exponents. Those of you who are math majors might be laughing at me right now, but math has never been my strong suit. Never. I'm a writer, and not everything is so black and white to me.

As I said in a previous post, I took the class so that I could prepare for the math section of the GRE. Of course, my even considering taking it would suggest that graduate school is on my radar.

Indeed, it is not just on my radar; it's where I want to be in a year's time if the stars align. I will start to seriously look at programs here soon, and make sure I have the GRE squared away to where I can get a decent score (whatever that may be). I will try to go into more detail about this move later, but not right now.

This week has seen a lot of action on my part. After getting back into town from class on Monday, I was on my way to cover the recent condemnation of the Russellville Town Hall, which I understand has been in disrepair for years. It's a disheartening event for some given how old the building is, but safety has to come first.

I myself, as someone who is interested in historical objects and seeing them preserved, am anxious to find out what they will do with the old bank safe that has been sitting in there. There has to be a story on that. If you have any information about it, please pass it along. 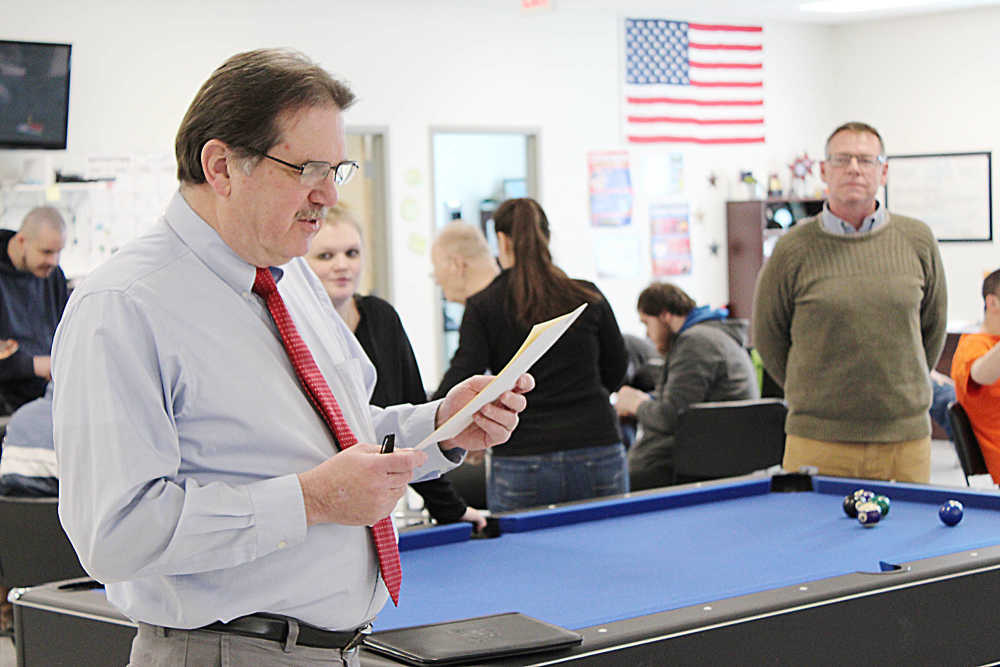 I also had the privilege to cover a proclamation by Mayor Bill Dory at Comprehensive Services on Tuesday, in which he recognized Disability Awareness Month in Indiana. An interesting surprise was that some of the PCCS consumers recognized me after Andrew Ranck told them why I was there.

I hope both Andrew and Stacie Langdon, as well as Mayor Dory and anyone else I've tried to develop a rapport with, know that if they want me to cover something that shines a light on something good, I will be eager to it. It's part of that #SmallTownPR I keep coming back to. Events like that are important for a community like ours.

The same goes for our kids being exposed to different experiences. DePauw University, no matter what anyone has to say about the actions and behavior of individual students (a fair amount of Wabash people are more than guilty of the same thing, I would critically submit), or whether the university is "taking over" Greencastle, has had a hand in that. And it has had one in big and small ways.

Just this morning, I covered a presentation at Bainbridge Elementary School where North Putnam fourth-graders got to hear musicians Germán López and Antonio Toledo play the timple and the guitar. That's not an everyday thing you get to see, and it was made possible by a DePauw Bonner Scholar and the connections between DPU and the wider community.

That is just one example of how the university contributes in a positive way.

Unless our plans change, look for a photo from that session in the paper next Tuesday. As of right now, I only have to get my fire runs and tie up some loose ends before I can call it a day. However, I will be taking my afternoon tomorrow and getting a more "close-knit" story that I think will be a great thing for the paper next week.

Our weekends are not completely free as reporters. That is a reality we're more than willing and able to take on as public servants.