What does the fair mean? 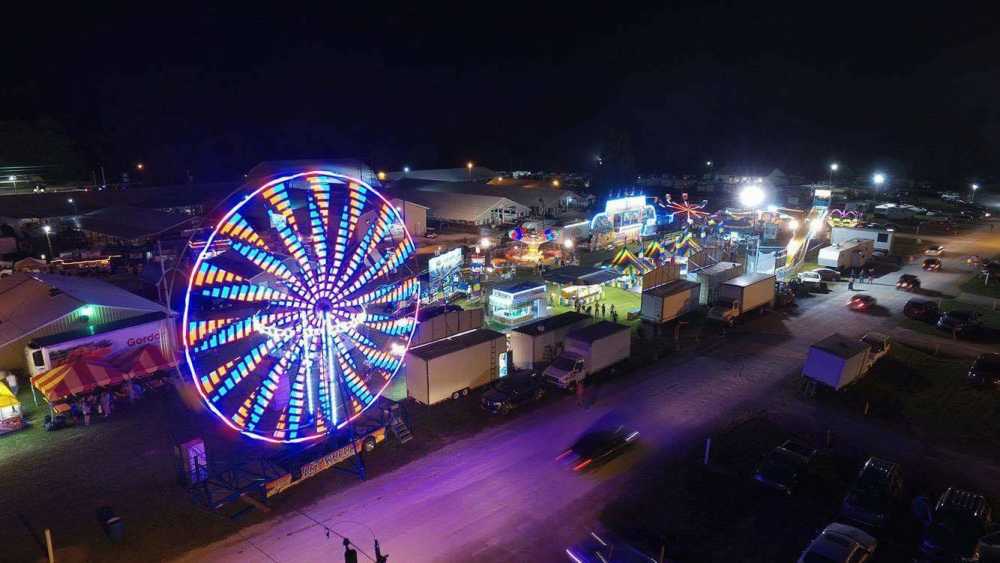 It's been that interesting (or, in our case at the Banner Graphic, sometimes frustrating) time of the summer. Putnam County is now almost at the end of fair week.

For some, the fair conjures up visions of scarfing down their fair share of Legionburgers. It then means getting on the tilt-a-whirl and nearly losing said Legionburgers. It means attending the tractor pulls or the cheerleading competitions. It also means going to see all the craft works inside the Community Building.

These are just some of the visible elements of the Putnam County 4-H Fair which immediately stick out to me. However, I think it is a gross misstep to forget what I truly can suggest is the main attraction: whatever is going on inside the Indoor Arena.

I was tasked with covering the dairy champions late-Sunday afternoon, just as that heat wave was moving out. I took pictures of the grand champion and reserve champion beef steers and heifers Tuesday evening, and I'll get to seeing the myriad plants and vegetables displayed inside Harris Hall tonight. I'll round out my duties with our fair coverage with going and getting the pedal tractor pull Friday night.

My task yesterday afternoon was to cover the rabbit champions. However, my phone glitched and I didn't receive a message from the barn stewards until a while after the rabbit show finished. Fortunately, they assured me that photos were taken, and dutifully sent them on to us. As I have said before, cooperation is essential.

All of it - especially beef and dairy - can get convoluted, if I may use that adjective.

When you get down to which specimens (if I can refer to them as such) are deemed the best of their specific breed, which are Putnam County champions and those which are the overall champions, it's liable to make this non-4-H'er reporter's head spin a little.

However, I think that this can be a spectator's trite, and is ultimately not the point here. If anything, it only goes into the human element that you can see played out.

When you see the mother of the grand champion beef steer's handler break down in tears - that's when you know just how much the fair can mean to everyone in the barns. There is a lot of passion behind the craziness. You have to respect the months of preparation these young people and their families put in to show their best at the fair. 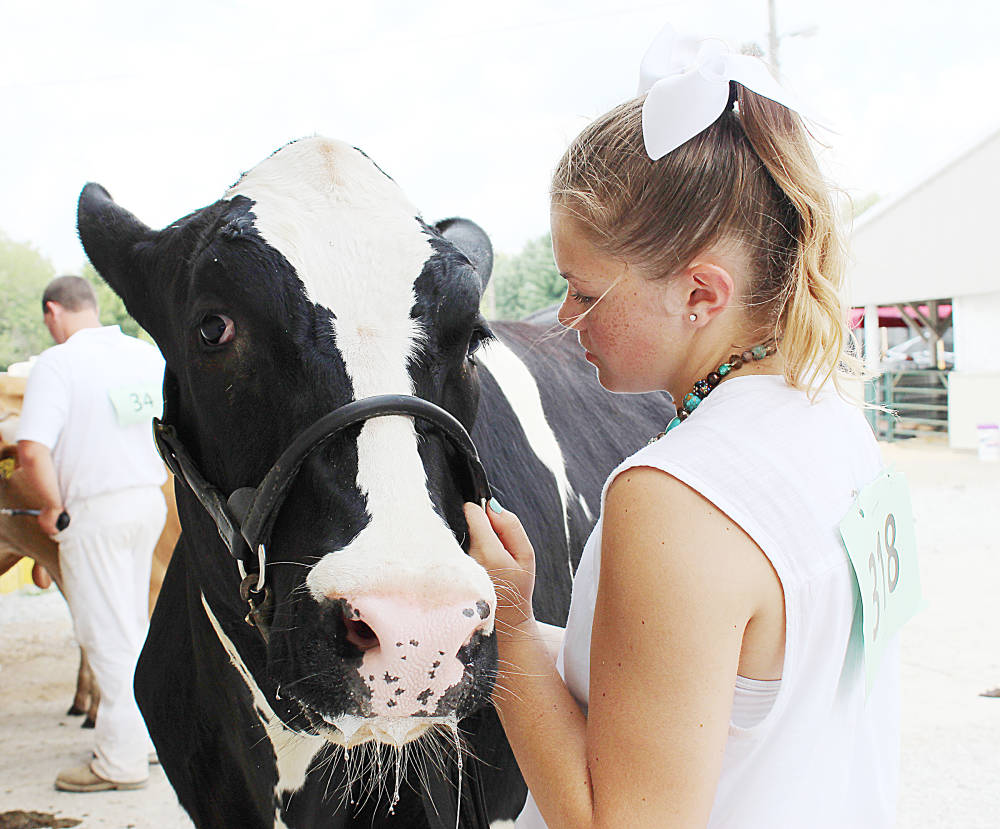 There are other moments, though, which can come about just by being patient and waiting, which I think can be the hardest part of covering the fair. I got one of those moments Sunday evening as I was still sticking around for the end of the dairy show.

I was leaning on the side of the Indoor Arena when Andrea Nees and her Holstein steer “Bubba” came up beside me. They were waiting for the showmanship part as both tried to get inside a rather thin sliver of shade the building provided. I thought little of it, until Bubba raised his head and looked right at me. I couldn't let this one go, and so I got the shot above.

If there are any photos we've ever gotten which might definitively capture the essence of the Putnam County 4-H Fair, I hope that my contribution could be one of them.

Being tasked with capturing these and other moments for the paper, I appreciate the patience from those I've gotten needed information from. Through all of the activity, it is nice to know that we have that understanding so we can get captions and IDs right.

The fair is coming to a close, and I think we've done well covering it between Jared, Nicole and I, as well as our stringers. It's just business - and teamwork - as usual.