Back to school/reacting to Dayton and El Paso

School is officially back in session. Students in Putnam County began the 2019-20 school year this week, with Cloverdale Schools leading the charge on Tuesday.

Of course, this means that DePauw will not be too far behind, and my alma mater will welcome its new freshman class a week from this coming Saturday. The time at Wabash between Ringing In and the first day of classes is an exciting, even if somewhat stressful, period of anticipation. For those returning, it's simply just that.

For North Putnam, the beginning of school is just part of continuing progress which is being made with renovating all of its buildings. I was excited to follow Superintendent Nicole Singer and the North Putnam School Board on a tour of each school Tuesday evening. It all seems to be coming along very quickly and cohesively, and it's exciting.

For Joey, the beginning of the year signals the true start of covering school sports events. In turn, this means the newsroom will soon return to its late-night Fridays waiting for results. Not that I mind, because I think the later deadline can give us more time to better manage design and proofreading of the paper between each of us.

I would be remiss to not acknowledge that the beginning of the school year also heralds many more fire alarm runs for the Greencastle Fire Department. It's an inevitable part of the daily routine. The same thing happens up in Crawfordsville too.

It's still business as usual for us. I continue to tell my Wabash acquaintances that there is a never a dull moment for me, because it's true. Cloverdale politics will still stay nutty, and Fillmore and Russellville will continue to address needed improvements. Jared and I will still be here doing our part, because #SmallTownPR is what we are.

Switching gears here, it's needless to say that the shootings over the weekend in El Paso and Dayton, which have left 31 people dead and with more wounded, are tragic.

For better or for worse, the shootings have renewed criticisms in which liberals have singled out conservatives for a perceived lack of inaction on gun control. They also have delved into conversations about white supremacy and racism, as these attacks have been referred to by authorities as cases of domestic terrorism and hate crimes.

I will say, without equivocation, that I do not support the emotionalists who are now calling for the total ban of guns in general, and most certainly don't sympathize with those who would be hell-bent to see the Second Amendment revoked. However, it is still clear to me that improvements in implementation and understanding are needed.

President Trump has signaled he isn't serious about supporting thorough background checks. He did so when he signed a bill in 2017 which undermined including those with mental illnesses in national background checks. Considering the optics, as well as being unwilling to commit in deeds, as much as in words, to meaningful reform, there is little reason to not doubt his ability to lead on addressing the issue of gun violence. 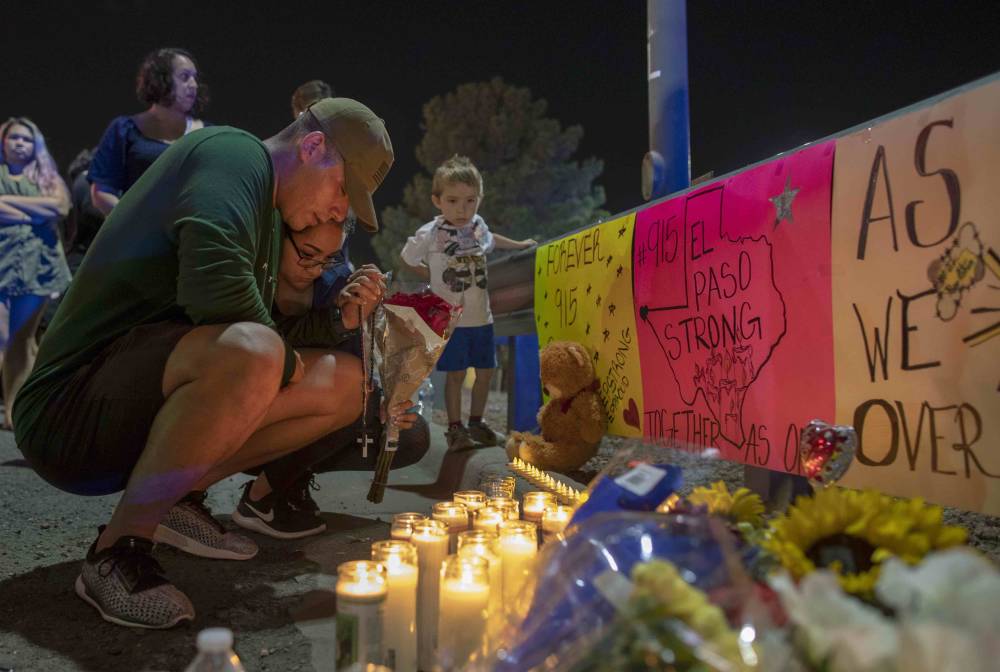 Thoughts and prayers in Congress and the public sphere aren't going to prevent another tragedy like those which occurred in El Paso and Dayton. We can't forget the horrors which faced Stoneman Douglas High School last year, as well as the 20 children left dead in the wake of the shooting at Sandy Hook Elementary School back in 2012.

Level prevention and a strong emphasis on identifying mental illness are both needed, not one or the other. They have, by their nature, become issues to be tackled politically and socially. Government must focus on ensuring that those definitively regarded as dangerous cannot possess a firearm. That's not paranoia; it's just common sense.