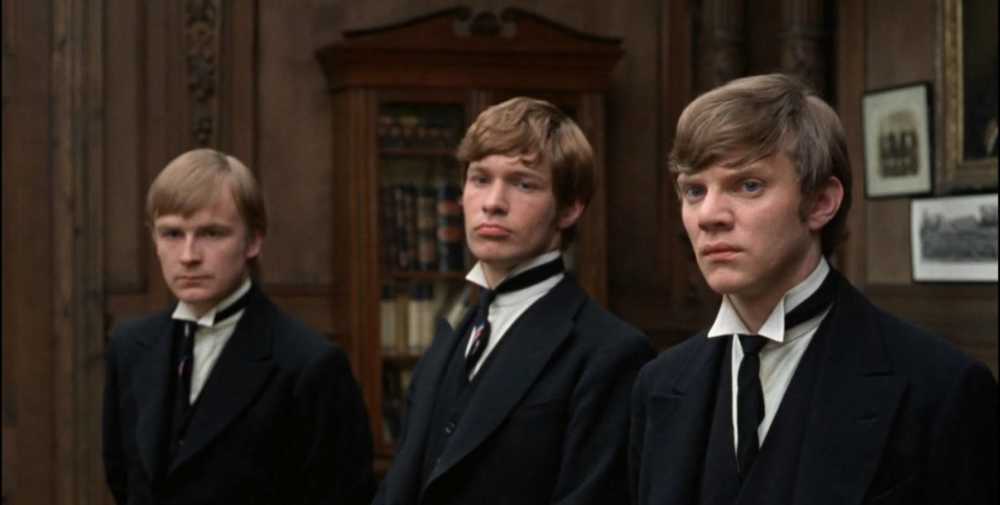 Three English schoolboys develop an intense scorn for the leadership of a public school in 1968's "if...."

I recently watched a British film from 1968 called "if...." directed by English filmmaker Lindsay Anderson. It also stars Malcolm McDowell in his debut role.

Some might recognize that name, because he played Alex DeLarge in Stanley Kubrick's adaptation of "A Clockwork Orange." He also played the title role in 1979's iconic (but - due to its explicitly sexual and violent content - controversial) "Caligula."

I don't want to give too much away about the plot or its ending. I will say McDowell plays a rebel who bonds with his friends in an English public school. They become more and more disenchanted by the school's upper-crust leadership and tyrannical discipline as it goes on, and then eventually take matters into their own hands.

The film in general is a satire and criticism of the English school system. Indeed, Pink Floyd pretty much did the same thing in this iconic song from 1979's "The Wall:"

I will leave it up to you to watch it, but I'll caution that "if...." is not at all family-friendly. It deals with teenage angst and with just how much one can take before he can't take any more. It's an important film in the context of when it was released, which was in the wake of the protests which occurred in France in May 1968.

"if...." is considered an essential film of the 1960s counterculture, because it taps into the generational gap which fueled the movement, in both its peaceful and violent tendencies. It asks a difficultly idealistic question: Which side would you be on?

It's important to be mindful of the title, and that it's about standing up to the man.

I think it's extremely artistic in how the story is framed, and with how it was filmed and edited. Movie buffs will appreciate that "if...." won the Palme d'Or at the Cannes Film Festival, an honor it shares with films like "Apocalypse Now" and "Pulp Fiction."

If anything, "if...." invokes issues of authoritarianism, skepticism and the potentially destructive nature of partisan politics. I think it impacted me because it felt timeless and relevant with just how nasty and misguided our politics has seemed to become.