It has become apparent in the past few days, at least to me, that winter is coming quickly. The mornings are chillier and the leaves are browning and beginning to fall.

With the advent of fall on Monday, we are entering into the seasons which mean a lot of different things to people. For some it's football or pumpkin spice lattes. To others, the coming of fall tragically means that snow and ice are just around the corner.

We're also entering into the seasons where charity and family are most highlighted. It is appropriate that two events underscoring similar themes will round out my week.

Thursday's Difference Makers banquet is a special night not just for the Banner Graphic, but for the community as a whole. We recognize 10 people who have strived to make a difference here at home. A common thread has been that they don't do what they do for the publicity. They do it because they have an innate desire to help others.

We felt that last year's banquet was a great success, but we also found that we could improve upon some elements of the presentation. The main point of the program hasn't changed. I think it is something our community appreciates. I also believe, as a community member and as a journalist, that it's #SmallTownPR put into action.

This coming Saturday will also be a good day with Homecoming up at Wabash. I haven't missed it since graduation, and it has always been good to run into my classmates, professors and other alumni I am acquainted with and pick back up. 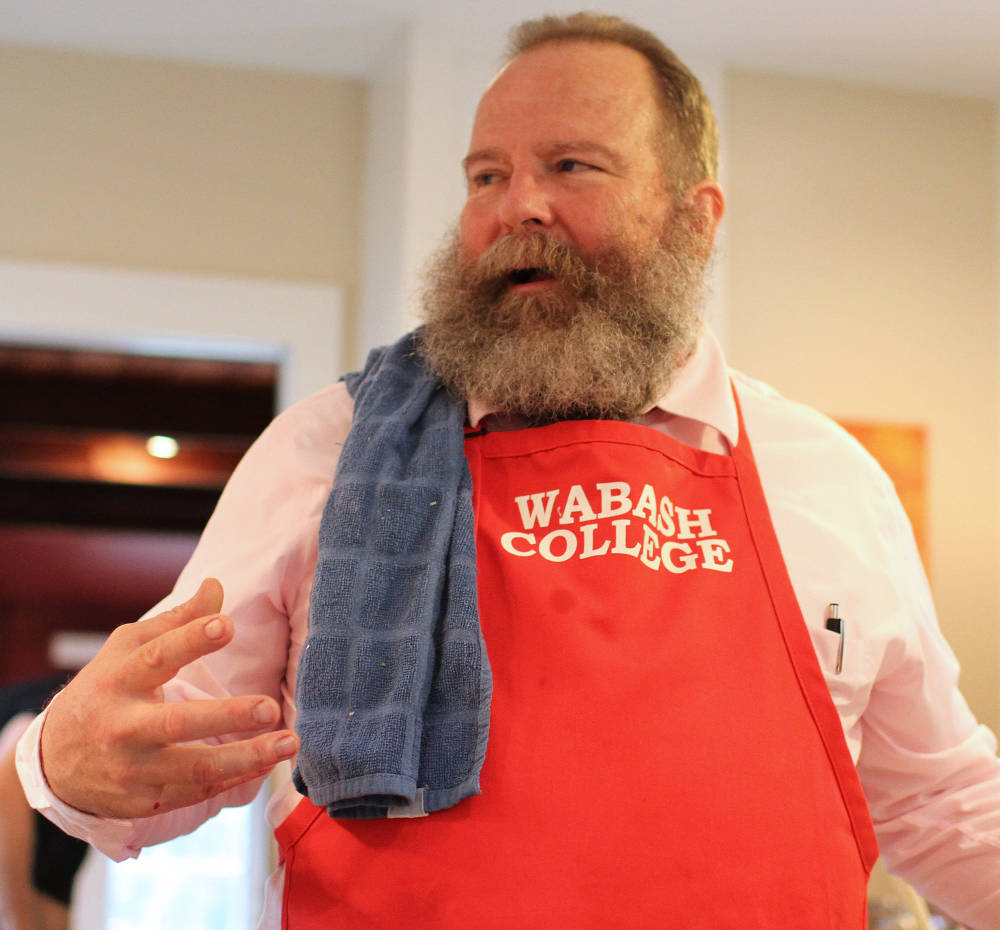 This year, Dr. Rick Warner, one of my favorite professors, will be honored as an honorary alumnus. He has been teaching at Wabash for a little more than two decades and has a boundless enthusiasm in supporting the campus experience. Dr. Warner is also a true "foodie," as he used to be a professional chef.

As such, I think it is fitting for him to be acknowledged in this way for his involvement in and out of the classroom. Becoming an honorary alumnus is a big deal for a faculty member at Wabash, and I'm looking forward to the annual homecoming chapel where he and other alumni will be recognized for their accomplishments and contributions.

I don't think it is a surprise anymore that I'm planning to drive the Volkswagen, even though I took it up to campus this past Sunday for a fundraiser at Dr. Warner's house.

After the football game, I will be headed down to cover the Rib & Blues Festival. This, unfortunately, means I will miss the Wabash College Glee Club's homecoming concert.

While this is certainly a bummer, I'll still be able to get some good grub in Roachdale, and maybe catch up with Joe Buser about the next season of the Indiana Film Race.

For now, I'm looking forward to tomorrow evening's banquet. It's a meaningful effort to reach out to the community and those who make it a better place. I'm proud that we can take such an initiative, and highlight various ways we all can contribute through.