A fall night when faith can matter 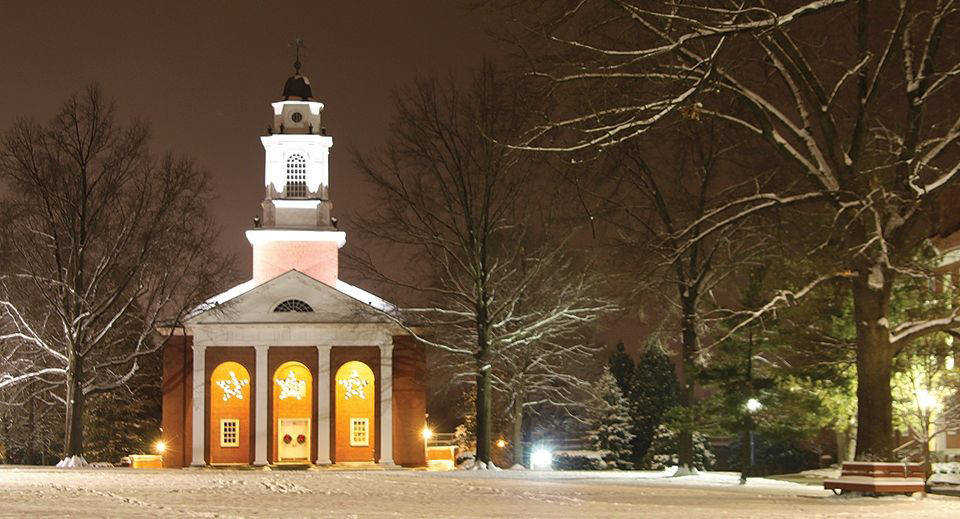 Of all the issues which we regularly discuss in our corner of the Banner Graphic office, I can't recollect whether or not religion (or spirituality as a concept) has ever come up.

While Jared is a member of Greencastle Christian Church, and has set out his convictions in other ways, I don't belong to any church in town. Perhaps a lack of a discussion about a belief in God is assumable, because we don't share the same stake.

I would describe myself as an open agnostic. This is someone who believes that while it cannot be conclusively determined that God, or any other deity, exists, he does not reject the possibility out of hand. In other words, anything is possible in good faith.

I want the religion majors and believers to bear with me on this, but I think there is a distinction between religion as a ritual, and faith just as a confidence in something.

Each year, the religion and music departments up at Wabash College sponsor the Christmas Festival of Music & Readings. It is modeled after a century-old program at Cambridge University in England, where passages from the Bible telling of the birth of Jesus Christ are mixed throughout with carols, hymns and other seasonal songs.

The Festival has become the highlight of the holiday season on campus, and has been held in Pioneer Chapel since 1968. I have attended it each year since I was a freshman.

I've made it a point to attend because of elements not intrinsically related to religion. It's partly because it really is a great tradition of the College. It's also because of a warmth I have felt, which I can't fully describe in objective terms. There's something about coming in from the cold and joining in, and about seeing the people you know.

The Festival is a rare time when I try to actively identify what Christmas means. It is much less about being seen and more about being involved in the community which comes together. It's one of those events which can hold meaning for different people.

After I returned home from Wheeling, W. Va. after being fired from my first job, I still felt compelled to go back to Wabash for the Festival. Though I had not yet been honest with my connections there about the slump I was in, it gave me a measure of comfort.

I don't think this comfort came from hearing about Jesus' birth as a religious point. I'm more convinced that being there, at that time, gave me some faith that things could get better. I've found that the people were (and are) a necessary part of this, too.

I think it's fair to say I could've felt the same kind of assurance attending a church service here in Greencastle. Perhaps I need to step out of my comfort zone more.

The 52nd-annual Christmas Festival of Music & Readings at Wabash College is tonight at 8 p.m. in Pioneer Chapel, with a musical prelude beginning at 7:30.