It's still about moving forward, not freaking out 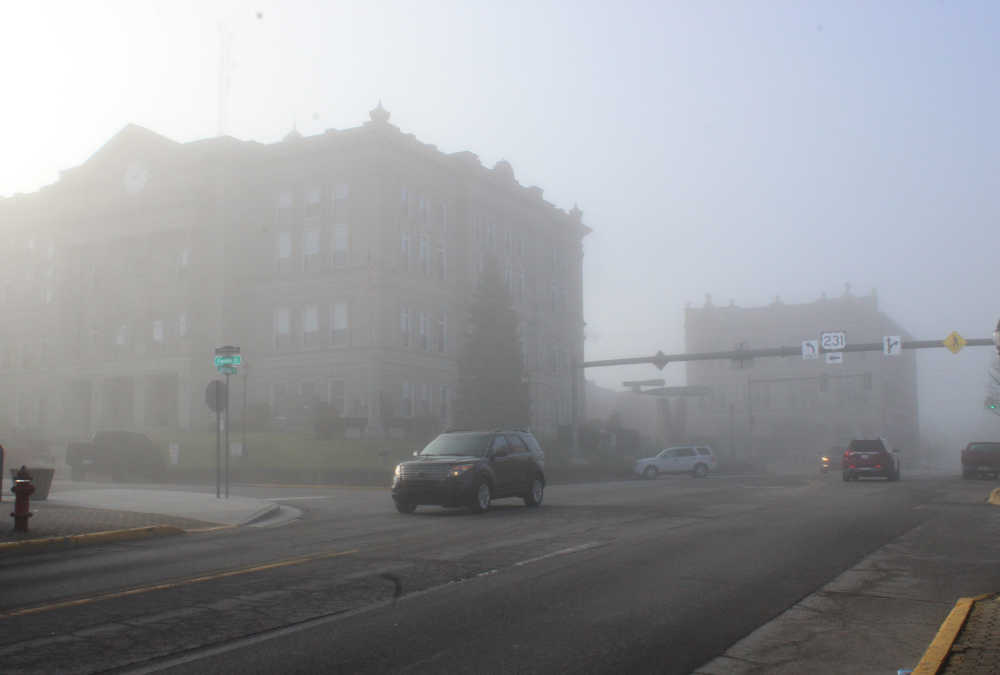 Downtown Greencastle was a decidedly eerie sight as cars travel past the Putnam County Courthouse enveloped in a thick fog. Perhaps it was God's way of saying "Knock it off."

Last Monday morning, I took a call from someone in the Roachdale area who asked if daycares were being ordered to close in light of the developing COVID-19 spread.

I responded that I had not heard of such a mandate, after which she said she was shocked that a local daycare was being allowed to stay open. I got her single point being that daycares may be prime places from which the virus could spread quickly.

Then she complained that God's Word was being "shut down," since gatherings of 10 or more people at a church are prohibited. This was where I almost hung up on her.

"People need to be getting down on their knees and praying," she iterated in a slightly dignified but irritated manner. "This is only going to spread this disease faster because of how many children there are!"

COVID-19 is considered by the World Health Organization as the disease caused by this new coronavirus. Both terms are being used interchangeably to avoid confusion.

I let her say her peace, and she (sort of) thanked me for my time and hung up. I don't know what she expected me to do, but I will allow that she called prior to Gov. Holcomb's issuing the stay-at-home order. The state has also provided guidelines for when child-care service may be closed, "on a case-by-case basis, and in consultation and coordination with program administrators and state and local health officials."

Trying to think critically a little, daycares may be one of the safest places for children at this point, provided that the facilities are kept as clean as possible. Kids would not be interfering with their parents' work, and perhaps they can retain a sense of their own normalcy. But, hey, what do I (or what does anyone) know about what's working?

Still, this person was what we should not be doing right now, which is simply freaking out. With concern to church closures, I think she was being unnecessarily accusatory.

I commend the local churches which have embraced technology to involve their congregations. I have a similar feeling about schools which are trying to be accessible with online learning, and especially when it comes to providing food for families.

Since the governor's stay-at-home order went into affect at midnight, the whole situation has now taken a kind of surreal turn. We now have letters and ID cards designating the Banner Graphic as being on essential business. We aren't going to shirk away from gathering the stories and information our neighbors need to see.

It's still about us being able to adapt as best we can. It's about everyone being smart, promoting good hygiene practices and having others' well-being in mind. Functioning as people still hasn't been canceled, even though our routines may now be different.

It's the "new normal" as the spread continues to impact our communities. Perhaps what helps in the long run, though, is hoping for something good to look forward to.

UPDATE: The Putnam County Health Department reported Wednesday afternoon that the first death from COVID-19 had been confirmed. The person was over age 60.