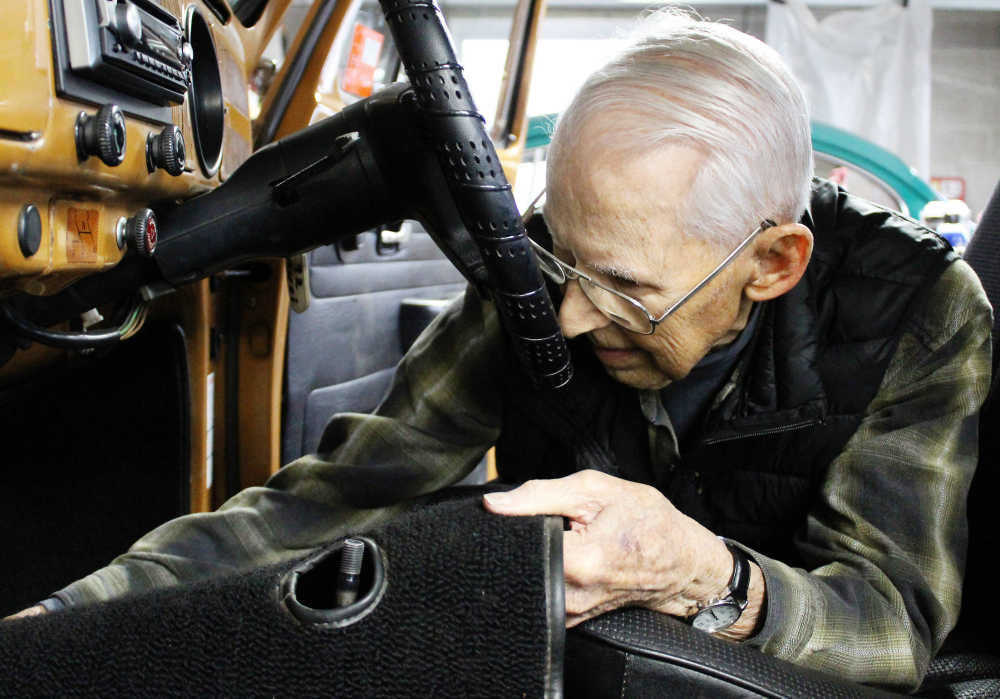 While I was getting ready yesterday morning, I got a chat from a buddy that Dick Funk had passed away. It was an anticipated message, but one I can't say I was ready for.

Mr. Funk, known locally as the Volkswagen mechanic who worked out of D&K Beetles on Jacob Street for almost half a century, passed away yesterday at the age of 87.

Dick decided to close the shop late in 2018 so he could begin downsizing and focus on his health. I talked with him to do a recap of sorts for the Banner Graphic, and he recounted some of the same stories which he had told me quite some years before.

Though I would say I am still coming to terms with it as of writing this post, Dick's passing hits close. For a long time, he was almost like a surrogate grandfather to me.

Dick showed me how to properly change the oil, as well as how to check if the master cylinder was working. He even took the time one day to show me how to adjust the valves on my Beetle. As it is an Automatic Stickshift, this is not really that easy to do.

Though he could certainly be stubborn at times, I think Dick knew how to be patient.

Perhaps the most characteristic story comes from when he was stationed at Kadena Air Force Base on Okinawa around the late-1950s. Dick’s passion for the funny looking, functional German car began there while he served as an air traffic controller.

After he had settled, Dick inquired at a dealership about a then-new 1958 Volkswagen Beetle to get to and from the base. However, it was actually the demo car and thus wasn't for sale. Dick badgered the dealer until he finally relented and sold it to him.

That same Beetle is still in his collection. I have ridden in it, and he let me maneuver it when I helped him move his cars to and from the garage behind the shop a few times.

Whenever I and other local VW enthusiasts rolled into a car show where Dick was, we all made up the "House of Funk." If you ask me, I think this was rather appropriate. 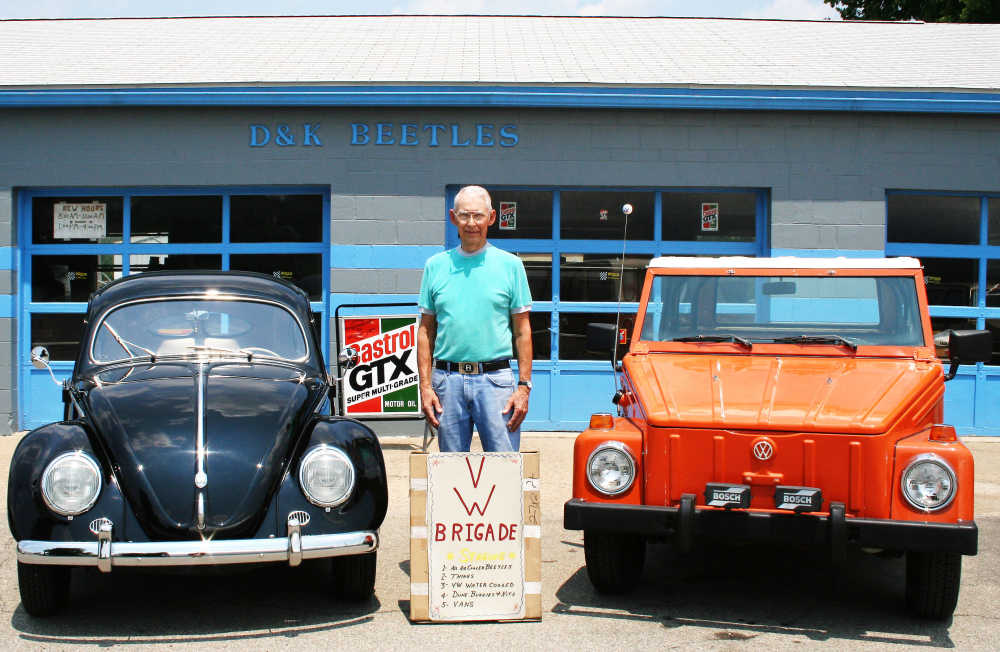 As far as I know, Dick never wrote down any of the mechanical knowledge he gained through the years. This wealth of information and experience is gone, and it's one of the greatest regrets I have. You just didn't think about it because he was still there.

But Dick may still be with us in spirit. We should honor his legacy through the Putnam County Volkswagen Brigade, which he essentially led from the first time it pulled up the rear of the Putnam County 4-H Fair Parade. It is a tradition I want to keep alive.

It has become apparent just in the past day that Dick touched, or at least made an impression on, many others. We are humbled by the condolences shared on PCVW's Facebook page and people's individual posts. They all demonstrate the impact he had.

I certainly won't forget Dick's witty humor and his outlook on people and his work. This is what made him a great mentor, as well as a great car show companion, to have.

Some things -- especially that janky master cylinder -- are destined to give you the fits. You just have to step back from it for a little while, regain your cool and try again later.

Among the ornaments which adorn the walls by Dick's desk in the shop is a sign with this by Calvin and Hobbes cartoonist Bill Watterson: "God put me on this earth to accomplish a certain number of things. Right now I am so far behind, I will never die."

Rest in peace, Dick. Thank you so much for your passion and for your friendship.