The precipice of the hard line 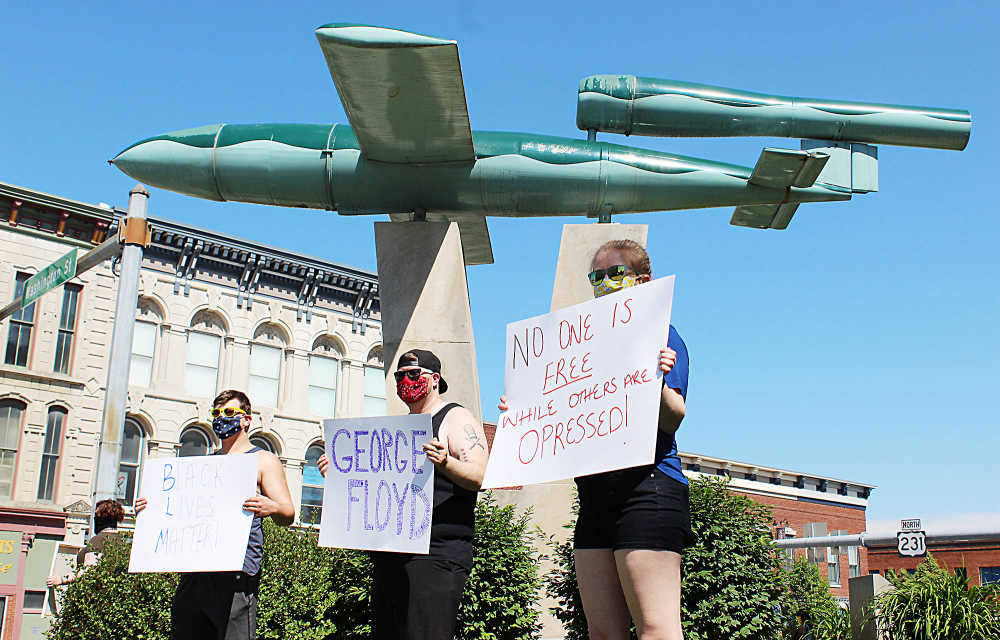 Some protesters stand underneath the Buzz Bomb on Greencastle's Courthouse Square. More than 70 people participated in the demonstration which took place last weekend.

Since the story broke on George Floyd's death in Minneapolis, Minn. about three weeks ago, I have not publicly expressed any opinions or reactions on social media about the incident, or about the protests rocking the political and social landscape.

I am weary of how accusatory the divides have become. Whether it's about supporting or condemning our police, or about supporting the right to protest and denouncing violence, it seems to me that maintaining the middle ground has become problematic.

Two of the most prevalent ideals of the Black Lives Matter movement have been to the effect of "silence being violence," or that silence is being "complicit" with racism and police brutality. I believe that these slogans can only promote dangerous assumptions.

The U.S. Supreme Court Justice Louis D. Brandeis said that, "Neutrality is at times a graver sin than belligerence." How does this noncommitment apply to being a local journalist, when both conviction and resistance pits your community against itself?

Initially, I approached the large demonstration which took place at the Putnam County Courthouse last Saturday with some trepidation. Despite my anticipation that it could become violent, I wanted to cover it matter-of-factly and be on the sidelines. This was consequential and relevant, but I did not expect to get a true story out of it.

However, I realized after it ended that much of this story lay in the protest's sense of presence, as well as it being a peaceful one. The photos could only add visual context. 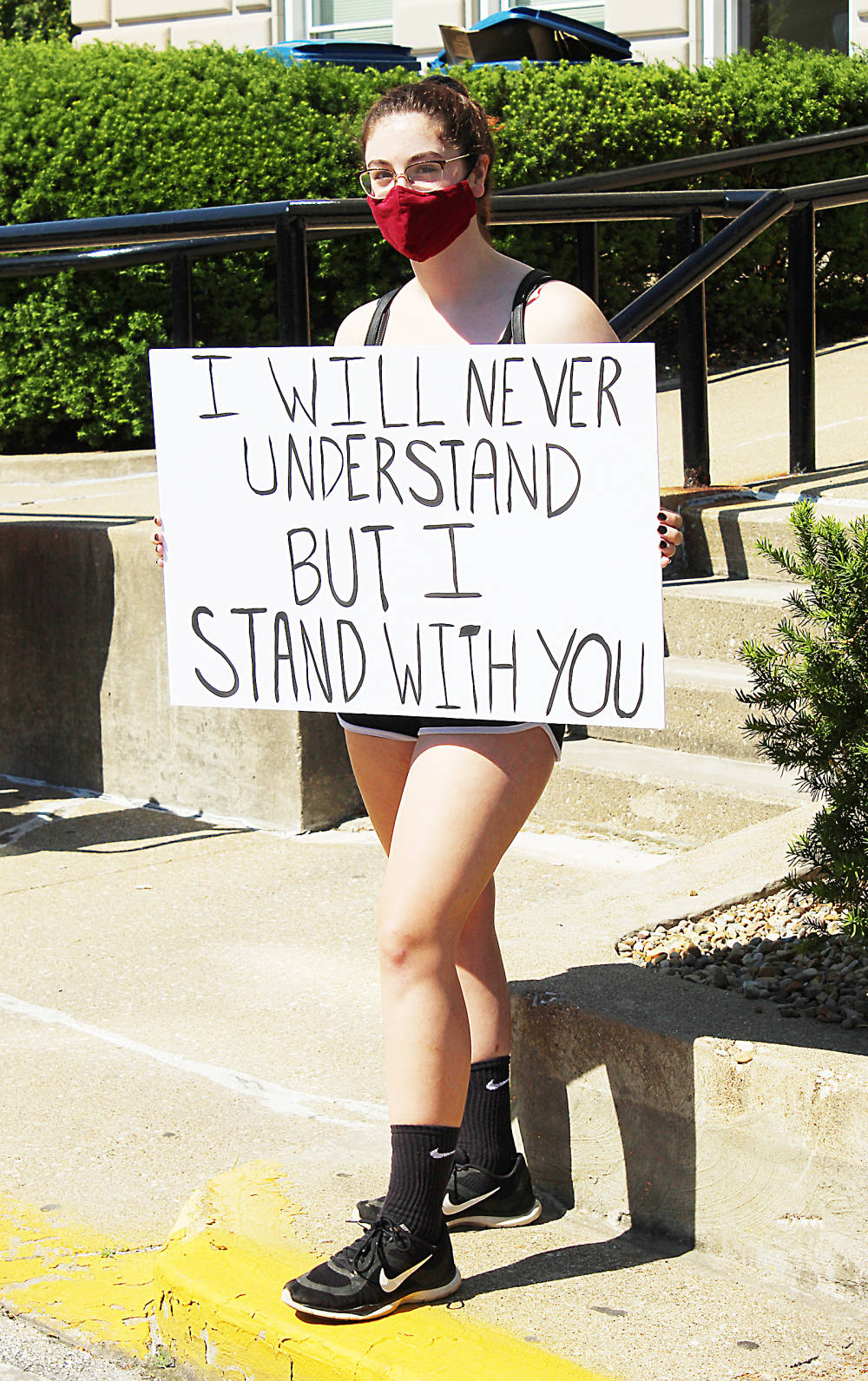 The article I wrote about this demonstration is perhaps the most important I've ever published in my time here at the Banner Graphic. This is because it has helped get part of the community talking more - and not just inspired the trolls stirring the pot. It's noteworthy that the great majority of those who came out were the "kids."

"I appreciate the role you are playing in this," a participant in the protest wrote to me later on. "I understand you are supposed to remain neutral, but that is exactly who we need telling our story. If we are to come together and actually listen, we need an unbiased mediator."

I went to document the protest as an onlooker. I was hustling around the lower sidewalk trying to get some usable shots just to put on the website.

I had to show its impact in the narrative. This was their protest; and they needed, and will have to continue, to speak for their efforts. They hope for those divides to somehow bridge, and to bring solutions to make their community more cohesive. The news had to be there to capture this unique moment.

"I consider you an ally, and I hope the other sides of this situation do too," the protestor added. It was up to me as a reporter/community member to evaluate why.

He provides what I think is a crucial idea lost in all the finger-pointing, especially on social media. I will note that, to my surprise, I haven't been called out for not saying anything in support of the movement. However, when one of my Facebook friends blasts one of those slogans but has not heard me out, that's the real virtue signalling.

You may earnestly believe that "silence is violence," but belligerent "pressure" will not draw me wholly to your side. The same goes for police assaulting peaceful protestors.

What are those ideas for social and societal change in the first place? Do you want to "abolish" or "defund" the police, or do you emphasize reallocating funds to go toward addressing persistent public health issues such as mental health or drug addiction?

Here's what I want the Black Lives Matter movement and its allies, especially our local advocates, to better outline: What will the dialogue and ideas for change examine moving forward? Will this be on your terms only, or will these conversations promote a marketplace of compromise? Will this change be practical, or will it be idealistic?

In the same vein, this is what I want our local representatives and law enforcement to contemplate: Can you individually be receptive to those ideas for change? Can you, as a unit, be able to openly debate these ideas, and do it without malice? Finally, can you provide constructive criticism on how to make this change work for our community?

These aren't questions I can hope to inspire on my own just in this forum. As such, I encourage tough conversations about race and equality to continue in a peaceful way.