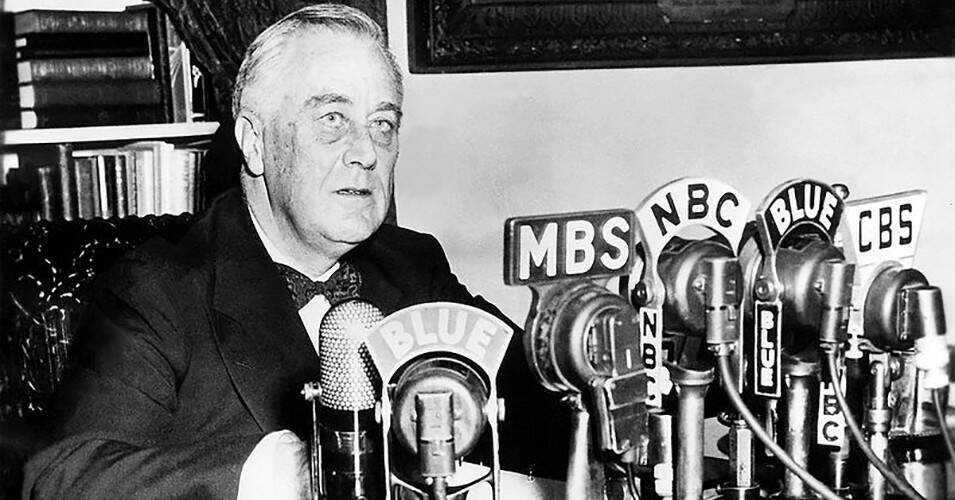 After trying to find inspiration, I found out that today (March 12) marks 88 years since President Franklin D. Roosevelt began sharing his "fireside chats" through the radio.

The president began his first such address to the nation thus: "My friends, I want to talk for a few minutes with the people of the United States about banking." The aim was to be self-assuring and to help listeners understand why banks had been closed.

Roosevelt explained that declaring a national banking holiday and the passage of the Emergency Banking Act was needed to halt the recent bank runs. This also allowed the federal government to determine which banks were solvent and then reopen them.

"I can assure you, my friends, that it is safer to keep your money in a reopened bank than it is to keep it under the mattress," he warned of hoarding money needlessly.

With confidence in the viability of the nation's banks restored, people returned cash they had withdrawn. The New York Stock Exchange later had its largest single-day percentage price increase ever, with the Dow gaining 8.26 points and closing at 62.10.

Ultimately, FDR's first fireside chat was key to getting the buy-in necessary from the American people. By being straightforward and yet eloquent at the same time, the intent was to communicate what was actually being done by him within Washington. As opposed to reading a newspaper, radio made it feel like he was there with them.

Stephen Early, Roosevelt's press secretary, commented then that the radio medium, "cannot misrepresent or misquote. It is far-reaching and simultaneous in releasing messages given it for transmission to the nation or for international consumption."

As a local journalist, I go out and reflect what is said and done through the written word and photos. Anchors and reporters working in TV news will convey potentially relevant information visually. Radio, though, arguably relies totally on the rhetoric.

Roosevelt saw that he could reach large sections of the population and connect with the common man, despite coming from a decidedly non-folksy background himself. Speechwriter Samuel Rosenman, credited for coining the term "New Deal" to refer to his reforms, emphasized that Roosevelt always sought to be undramatic and informal.

Roosevelt's fireside chats had an intimacy and a message that could not be corrupted by misquoting or slanting. He said what he said; and we can assume he meant all of it.

Roosevelt used the radio as the primary mode of entertainment and news available then. The influence he was able to have, to me, should beg much more thought on how political leaders and pundits use social media for their own agenda-setting. Is it about connecting to Americans like it was for FDR, or is it now more about being amplified?

"Fake news" may be more dependent on the latter. We still have to buy into it, though.

"Facts don’t speak for themselves," Jeff McCall, media studies professor at DePauw University, said during a Community Conversation I covered in 2019. "People do."